New Zealand's Administrator to Tokelau has been removed from his role at the request of Tokelau's government.

This follows concerns raised by Tokelau over David Nicholson's position being combined with his other role as High Commissioner to Samoa.

Mr Nicholson resides in Apia and assumed the role of Administrator in December, which marked a shift from New Zealand-based operations.

In a written statement, a spokesperson for the Ministry of Foreign Affairs and Trade said the Council for the Ongoing Government of Tokelau had asked that the role be relocated to Wellington and be dedicated to one person.

They said this would address issues of distance between Tokelau and "decision making structures back in Wellington". 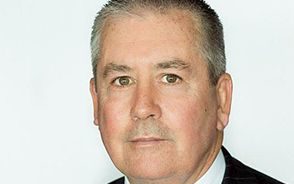 New Zealand's Secretary of Foreign Affairs Brook Barrington has temporarily assumed responsibility for the administration of Tokelau until a new permanent appointment is made.

He presided over a controversial helicopter buy by Tokelau which marked a breakdown in ties between New Zealand and its sole territory.

During this time he imposed spending restrictions on Tokelau's capital spending and commissioned a review which resulted in the suspension of two of its senior public servants.