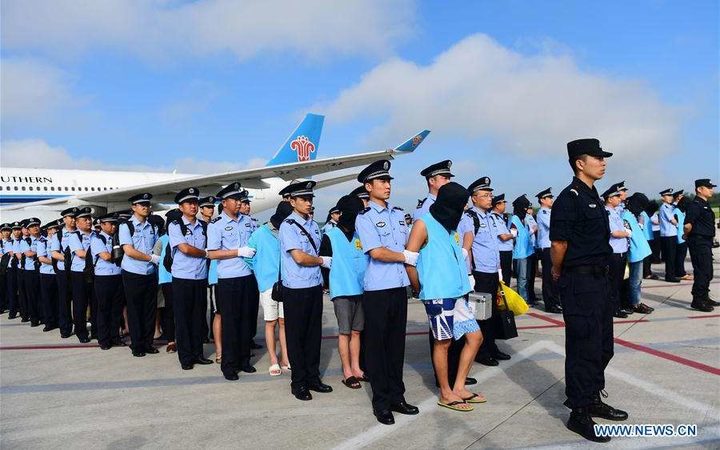 The 77 suspects, shown here in pictures released by China's Xinhua news agency, were paraded when they landed in Changchun, in China's northeast. Photo: Xinhua

Seventy-seven people, said to be suspects in a massive online fraud syndicate, have been rounded up in Fiji and flown to China.

Chinese state media said the suspects were part of an online gambling gang that operated from China, Indonesia and Fiji.

No statement has been made by authorities in Fiji, but pictures show the suspects were hooded and herded onto a chartered flight amid high security last week.

It is not clear if there was any formal extradition process.

Xinhua says the suspects are involved in more than 50 cases involving close to $US900,000 that targeted victims in mainland China.

It said Chinese police sent a team to Fiji on 2 July, and the suspects were arrested on 18 July in raids that destroyed five dens and saw mobile phones, computers, bank cards and other equipment confiscated.