The standoff on Manus Island in Papua New Guinea over the closure of Foxtrot Compound at the Australian-run asylum seeker camp has come to a head today. 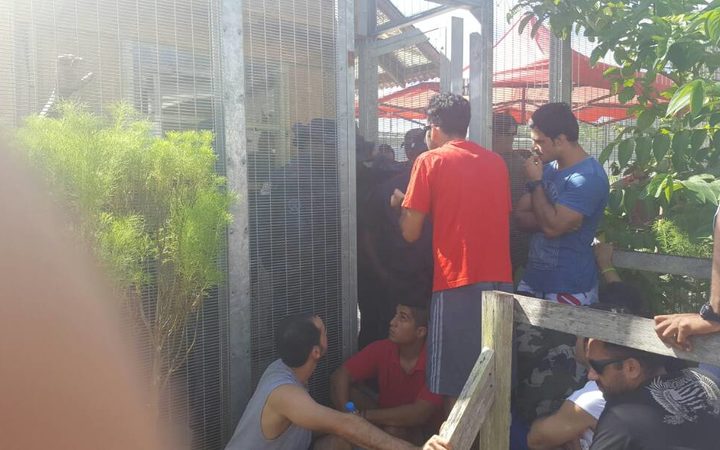 Barricading the gate at Foxtrot on Manus Photo: supplied

A report from the Refugee Action Coalition said police had shut the gates of the compound to prevent anyone leaving or entering.

Police had tried to go into the compound but the Coalition said asylum seekers and refugees had peacefully blockaded the Foxtrot gate from the inside, preventing the police from entering.

The Coalition's Ian Rintoul said the police were being guided and supported by Australian Border Force officers and the AFP.

He said that development came as Australian Prime Minister Malcolm Turnbull's conversation with US President Donald Trump had exposed his duplicity.

Mr Rintoul said the leaked transcript of Mr Turnbull's conversation showed there was never a deal guaranteeing that refugees from Manus would be resettled in the US.

There was also no resettlement deal with PNG and Mr Turnbull's "so-called deal" was simply posturing for Australian voters.