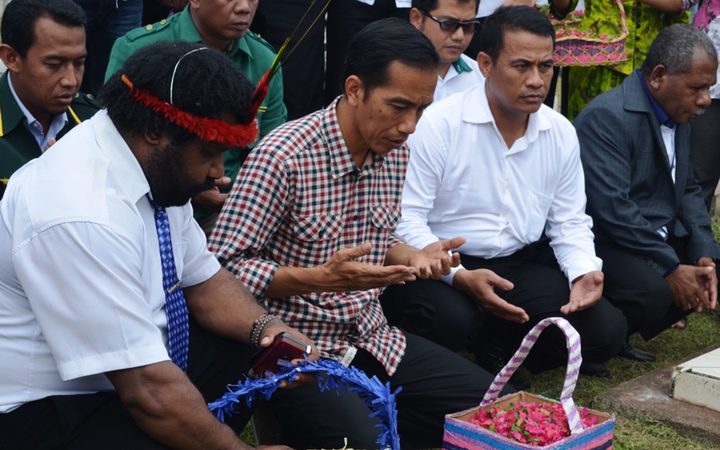 Isolated parts of Indonesia's Papua region are to be targetted by accelerated government efforts to improve infrastructure.

Indonesia's President Joko Widodo, or Jokowi, has used a high-level meeting to recommit his administration to the development of airports, ports, roads and bridges in remote Papua.

The internal meeting was attended by members of cabinet such as co-ordinating minister for politics, Wiranto, as well as the governor of Papua province, Lukas Enembe.

According to President Jokowi, Papua has the largest area of any Indonesian province, as well as abundant mining, agriculture, forestry and marine resources.

He said this great potential should be properly utilised as much as possible for the prosperity of Papua's people.

The president said that urgent infrastructure development was the way to do this, especially in isolated areas, including the region of Papua around the border with Papua New Guinea.