Papua New Guinea police have confirmed that four people died in election-related violence early on Saturday in the capital of Enga province.

Wabag town remains tense and in lockdown after clashes between supporters of two rival candidates armed with high-powered weapons erupted late on Friday. 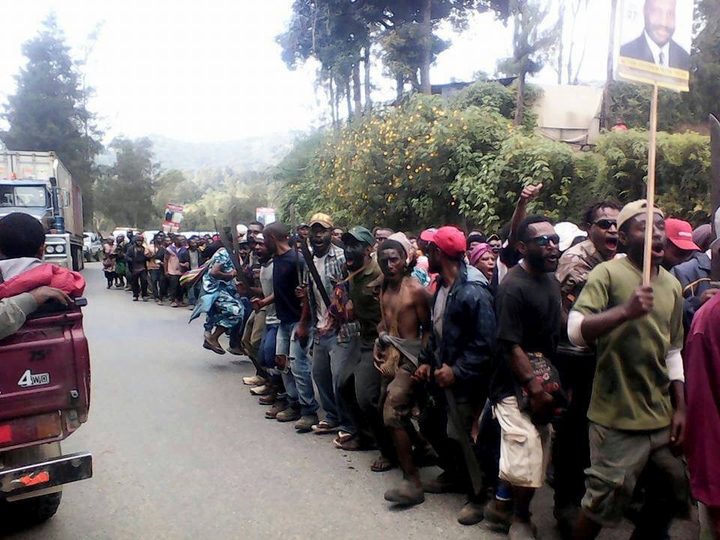 The clashes were part of an ongoing dispute related to the vote counting process for Enga's Kandep Open electorate, with counting taking place in Wabag.

"The supporters were clashing and the policemen went there to stop the fight, but then one of the gunmen turned on the police," he explained.

"So, two were dead and as a result, police shot that guy who was with a gun and the other one who was with a pump-action (firearm), but with the pump-action his tribesman took the gun away. But the M-16 was retrieved after the man was dead, the civilian."

PNG's police commissioner Gary Baki was due in Wabag late Sunday to monitor and assess the situation.

Earlier in the week, a number of candidates for the Kandep seat had held peaceful protests, complaining that the local returning officer Ben Besawe had opted not to count at least 14 ballot boxes which he had hitherto set aside.

This was despite a directive from PNG's Electoral Commissioner Patilias Gamato, that the boxes should be included in the count.

The violence forced another suspension of the count for the Kandep seat, which currently has Alfred Manase of the ruling People's National Congress party leading the sitting MP and opposition leader Don Polye.

The PNC leader Peter O'Neill, who is seeking to retain the prime minister's role when parliament begins next month, has voiced disgust at the violence in Wabag.

"There is no excuse for the behaviour we have seen over the past two days, and those behind it will be brought to justice," he said in a statement.

According to Mr O'Neill, up until now, the election period had not experienced the violence and illegal activities of past elections.

"It is extremely disappointing that in the closing days of the election we are seeing this desperate behaviour," he said. "I call for calm from all groups and for no response to this violence by other groups. Let the police get on with their work."

However, it's not the first instance of violence or unrest in what has been a testy vote counting process for PNG's five yearly election, which has been rife with complaints of unfairness.

Earlier in the week, supporters of the losing candidate in the Finschafen electorate, Theo Zurenuoc, a PNC member who was speaker of parliament last term, went on a rampage and burnt down several school facilities and a police station.