The Guam Department of Corrections is investigating whether drones have been used to smuggle contraband into prisons after one was found at its main facility. 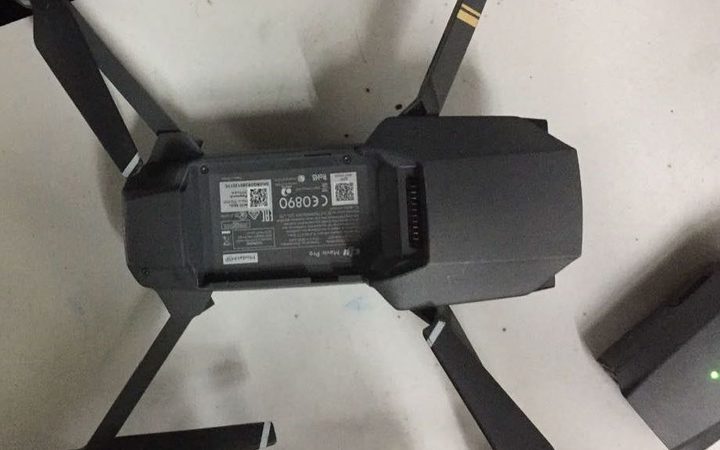 The drone found at the Department of Corrections prison facility on Friday 14 July. Photo: Photo/The Guam Daily Post via DOC

The Guam Daily Post reported the discovery was the latest in a string of 26 cases that the department was investigating involving the movement of drugs, cellphones and other contraband into the island's main prison this year.

The drone or quadcopter was found on Friday evening by prison officers at the facility in Mangilao during a routine perimeter check.

Authorities, believing the drone had crashed, conducted a wider search but did not find any contraband or any sign of who had been operating the drone.

A shakedown of housing unit where the drone had crashed also did not yield any contraband, according to the department.

In a statement Guam's corrections director Kate Baltazar said he had launched an internal investigation into the incident.

The Guam Daily Post also reported a similar investigation into another smuggling incident in February resulted in federal charges being laid against a 48-year-old former corrections officer, Ronald Pereira, who allegedly tried to distribute methamphetamine to prisoners using boxes of Pop-Tarts.

A former staffer for the local attorney general's office, Joaquin Cruz Reyes, was also charged for allegedly trying to smuggle meth into the prison just a day before Mr Pereira was arrested.