The People's National Congress party has the most seats early in vote counting for Papua New Guinea's election.

Its leader, the incumbent prime minister Peter O'Neill, was yesterday declared the winner of the Ialibu-Pangia electorate. 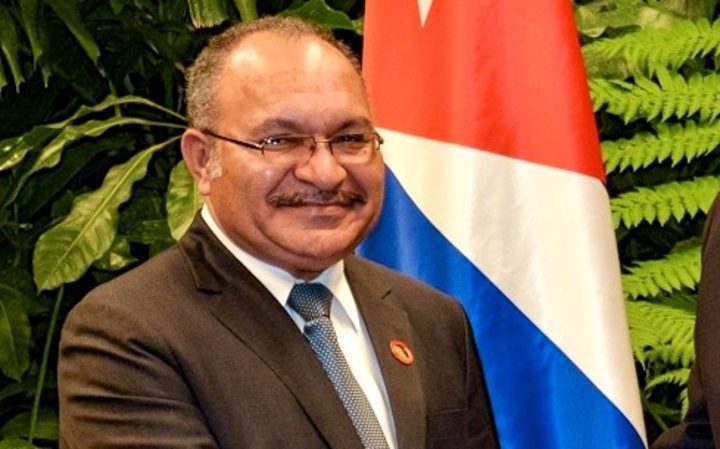 Delighted: Peter O'Neill's prediction that the People's National Congress would win the first seat declared in the 2017 election was on the money. Photo: PNG PM Media Office

According to party insiders it is already securing the support of successful independent candidates.

The People's National Congress now has six of the 10 MPs declared so far and stands a good chance of being returned to power in the emerging parliament.

Meanwhile, the Pangu Pati, whose leader Sam Basil won by a landslide in Bulolo, has two of the MPs declared and is shaping strongly in a number of other electorates.

Mr Basil earlier called on incoming independent MPs not to be lured by financial inducements in the lobbying to form a new government.

He claimed a cashed-up People's National Congress was offering large sums to successful independents to join its coalition.

It is understood the PNC had already supported various independent candidates, such as Petrus Thomas in Koroba-Lake Kopiago Open, during campaigning.

Despite Mr Thomas contesting and winning as an independent, he joined forces with the PNC immediately upon being declared winner of his seat at the weekend.

However Mr Basil said this would be a misrepresentation of the rights of voters who had consciously voted against the PNC.