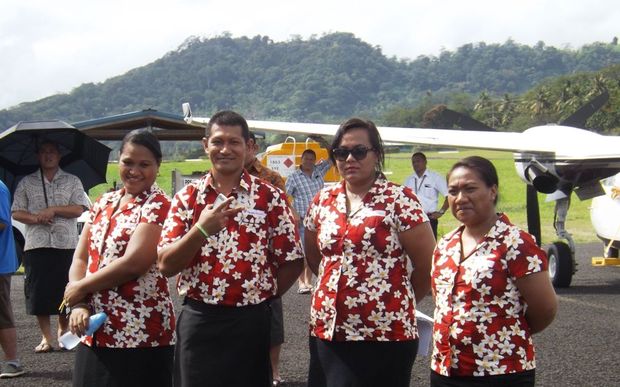 Talofa Airways staff at the launch of the airline Photo: RNZI/Autagavaia Tipi Autagavaia

Talofa Airways launches its inaugural flight to Tonga this morning from Fagali'i Airport in Samoa.

Taua said their core customers are Tongan and Samoan travellers between those three locations, including members of expatriate communities there who want to visit home for a short vacation.

He said they would explore Niue, Wallis and Futuna and Pukapuka in the northern Cooks as possible future destinations.