A Papua New Guinea court has recommended the prosecution of an MP for his role in facilitating a multi-million dollar fraud. 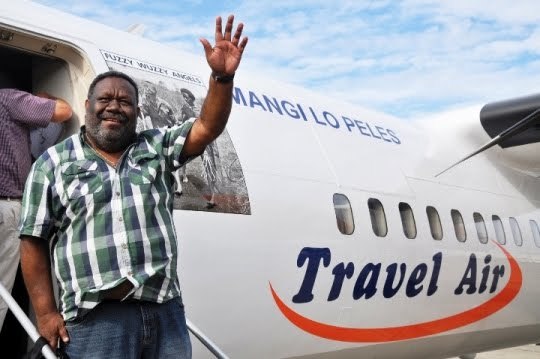 Eremas Wartoto was sentenced to 10 years in jail on Friday. The sentencing judge has recommended a MP, Joseph Lelang, also be prosecuted for his role in the fraud. Photo: PNG Attitude / http://asopa.typepad.com/

On Friday, the National Court sentenced a businessman, Eremas Wartoto, to 10 years in prison after he misused US$2 million of public funds paid to his transport company for the renovation of a high school.

In his judgement, Justice George Manuhu said the then-public servant and now MP, Joseph Lelang, and another public servant Brian Kimmins, lied to the court in giving evidence against Wartoto.

Justice Manuhu found the pair had a role in facilitating the payments to Wartoto's company for which he said they should be prosecuted.

If Mr Lelang is prosecuted, he would not be the first MP ensnared by Eremas Wartoto's business dealings.

Wartoto rose to prominence in 2013 when a former planning minister, Paul Tiensten, was jailed for misappropriating US$3.6 million to Wartoto and his other company, Travel Air.