Local government in Merauke regency of Indonesia's Papua province has pulled a number of oil palm licences in what's being called a victory for the environment.

In recent years, tens of thousands of hectares of native forest have been lost to oil palm development and other agri-industries in Papua's far south-eastern regency.

But the Merauke regency government revoked the permits of 11 palm oil and sugarcane plantations last week, saying their presence were of little benefit to local people.

According to the Union of Catholic Asian News, Merauke's deputy regent, Sularso, said land that had been leased to the companies would be returned to their owners.

This follows a moratorium imposed by Indonesian President Joko Widodo last year on issuing of new permits to plantation firms for at least three years. 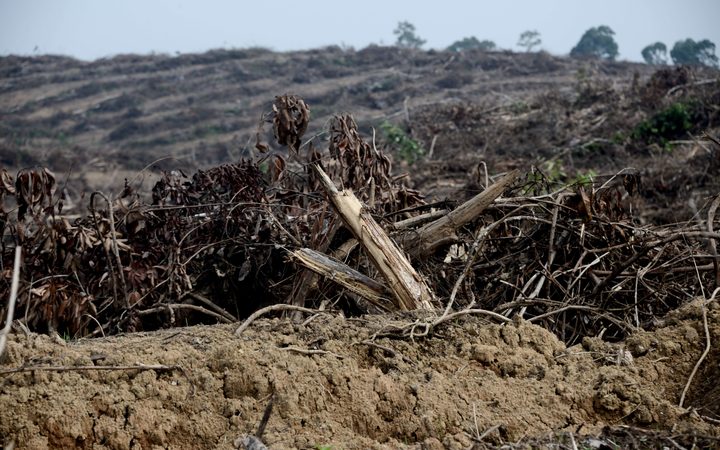 The regency's move has been welcomed by the Catholic Church and local people.

The chairman of Merauke Diocese's secretariat of Justice and Peace, Father Anselmus Amo said the presence of palm oil companies harms indigenous peoples, their land rights and the environment.

He said oil palm plantations "caused the loss of tens of thousands of hectares of forest in Merauke, damaging the environment and creating land conflicts".

Father Amo called on local government to do more and monitor the activities of plantation companies still operating in Merauke more closely.

The church wants local government to conduct a detailed assessment of the environmental and socio-cultural impacts palm oil companies have by involving academics, practitioners and indigenous peoples.

Meanwhile, Elisabeth Ndiwaen, a leader of the local Marind tribal community, said her people looked forward to taking back their land but expressed bitterness that much of it had been ruined by deforestation.

Describing forests as like a mother who can give life, she explained that the forest provides Papuans with food via hunting and the harvesting of crops.

Mr Ndiwaen said much of that value had been reduced due to forest clearance by palm oil companies.

According to UCA, more than 1.6 million hectares had been given to companies, of which 316,347 hectares were for palm oil plantations.