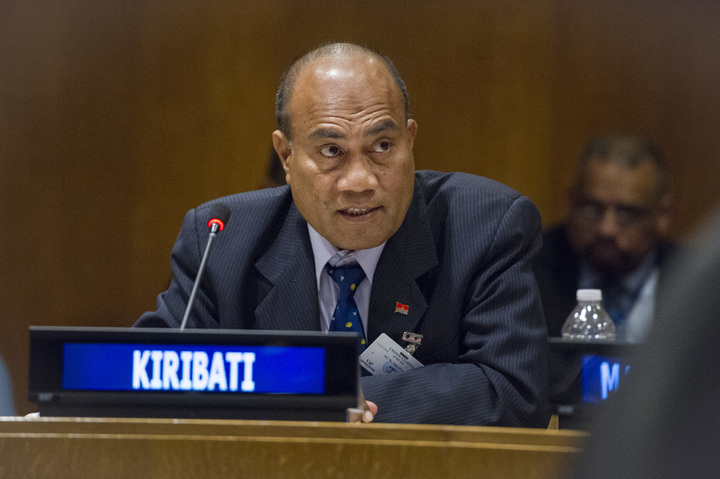 Kiribati will use its trust funds to address a shortage of fresh water and coastal damage because, according to the president, it can't waste time.

The low lying islands have been experiencing numerous problems related to climate change.

The President of Kiribati, Taneti Maamau, told a United Nations meeting in Mexico the government was looking to finance the works through leveraging its sovereign wealth fund.

The money would be repaid when climate financing was available and would go towards buying desalination plants and protecting coastlines from storm surges.

Mr Maamau said Kiribati was also looking at private financing for the adaptation and mitigation measures.

He told the disaster risk reduction conference his government needed to act on combating the impacts of climate change for the sake of the Kiribati people who are continuing to suffer.

A day earlier, a World Bank workshop heard countries including Fiji, Mauritius and Samoa were still waiting to receive approved assistance of about US$316 million from the Green Climate Fund.

Mr Maamau said his country could not afford to wait, saying the "longer the delay, the greater the impact on our people and environment, and higher the cost."