A Cambodian newspaper reports that the Australian government has transferred another refugee from Nauru to Cambodia. 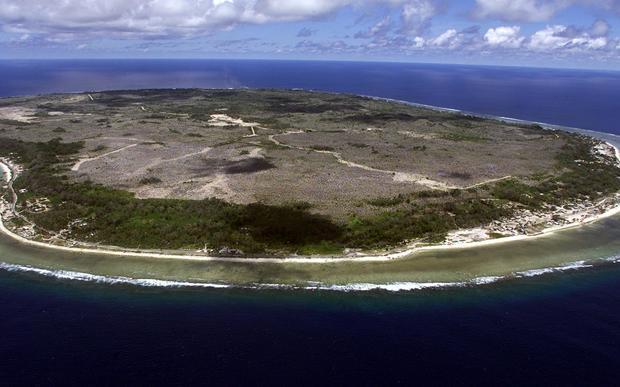 The 25 square kilometres of land which is Nauru, was devastated by phosphate mining which once made the Micronesian Nauruans the second wealthiest people per capita on earth. Photo: AFP

The Phnom Penh Post reports the man, who fled war-torn Syria, is the seventh refugee from Nauru to take up Australia's offer to relocate to Cambodia.

Of those seven just three remain in the country, with the other four, a man from Myanmar and three Iraqis - returning to their home countries.

The paper reports a spokesperson from the International Organization for Migration saying the agency is still providing support services for the refugees.

It is known the Australian Government promises cash payments, accommodation, training and small business loans for those refugees willing to move to Cambodia.