New Zealand should make an offer to Papua New Guinea to resettle some of the asylum seekers Australia has detained on Manus Island, according to Amnesty International. 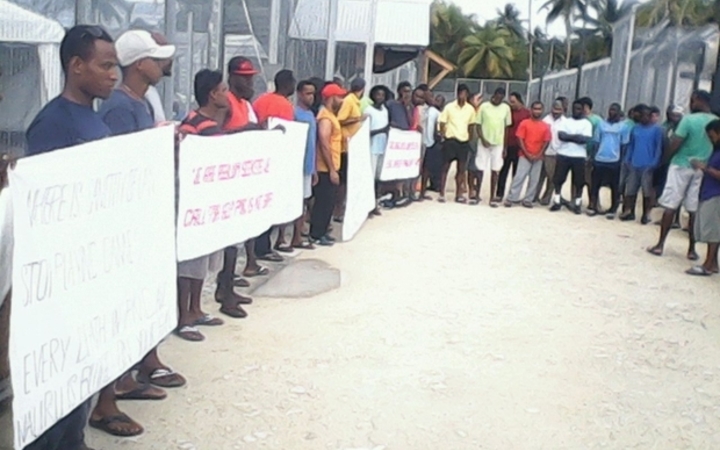 A protest by refugees and asylum seekers on Manus Island in Papua New Guinea. Photo: Supplied

A group of detainees has asked the New Zealand prime minister Bill English for asylum as they say PNG is incapable of resettling them when the detention centre closes.

The director of Amnesty International in New Zealand, Grant Bayldon, said the government here had previously offered Australia to resettle some of the men, and it should now extend that offer to PNG.

"I believe that it would be the right thing to do for the New Zealand government to restate their offer."

"This is a time when New Zealand needs to show that it has interest in protecting people who have fled warzones and discrimination, that it's time to stand up and say that it will look out for people and it will help to get people to safety so that they can restart their lives," he said.

The detention centre is due to close at the end of October and refugees not taken in by the US will be left in PNG.

Mr Bayldon said it was not safe for the refugees in the PNG community.

"They have been subject to attacks, to discrimination, it's not viable to resettle them there," he said.