The fledgling party of France's new president has largely ignored applicants in overseas territories aspiring to be candidates in next month's election of a new French National Assembly. 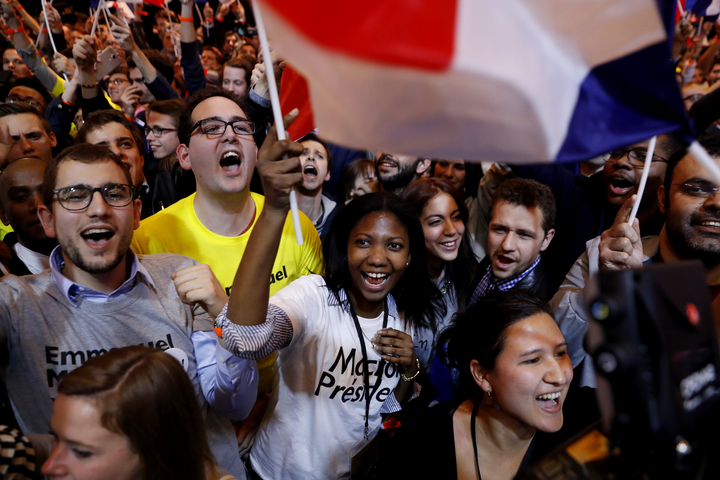 Supporters of Emmanuel Macron celebrate initial projections the candidate will qualify for the second round. Photo: AFP

The En Marche movement has been canvassing candidates for the poll as it tries to replicate its electoral success after its leader Emmanuel Macron won the presidency this month.

It has decided to leave 56 of the 577 electorates untouched in part to increase the chance of election success of candidates it deems to be aligned to its programme.

En Marche has endorsed 521 candidates but none in French Polynesia, New Caledonia and Wallis and Futuna.

In the presidential election's first round, Mr Macron had his lowest score of any electorate in New Caledonia, but in the run-off round against Marine Le Pen he narrowly beat her.

Meanwhile, French Polynesia's president Edouard Fritch has given his full backing to the new president, saying there is a shared vision of how Tahiti can help Mr Macron's new strategy for Europe.

Mr Fritch is in Paris and met one of Mr Macron's associates Jean-Paul Delevoye at the headquarters of the En Marche movement.