The category three system damaged or destroyed about 170 homes and wiped out crops, mainly on the island of Lifou.

The government had released $US50,000 each for Ouvea, Lifou and Mare. 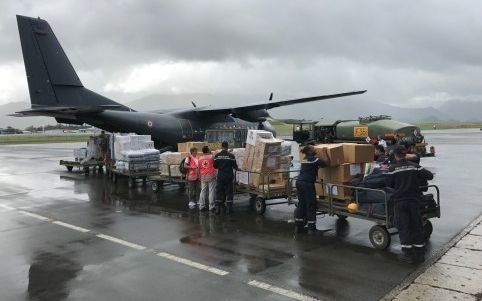 A French military plane is loaded with supplies bound for the cyclone-hit New Caledonia island of Lifou. Photo: Supplied / Government of New Caledonia

Another $US25,000 has been allocated to each of the two main religious communities running schools.

Repairs to the phone network continue with technicians flown in from the main island.

Donna was the scond cyclone to hit New Caledonia within a month.