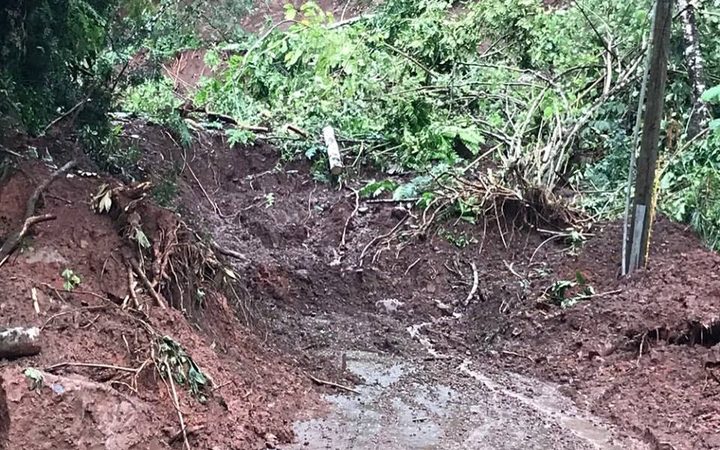 A massive landslide at Malota cuts off access to the western end of the island and downed powerlines and telephone lines Photo: Monica Miller

In American Samoa, a massive landslide at Malota has cut off access to the western end of the island and downed power lines and telephone lines.

The landslide happened early Thursday morning after a night of incessant rain,

Our correspondent says crews were at the site before daylight and late yesterday but were still not able to clear one lane of the highway to restore access to the other side.

An official, Ite Matagia said they would need more heavy equipment to clear mud, boulders and trees covering a large section of the road.

He described it as one of the biggest landslides he's seen in recent years.

Mr Matagia said it was fortunate that there were no cars on the road when the landslide happened or there could have been fatalities.