For Tongan women drinking kava with others is becoming more popular, but does require them to break with tradition. 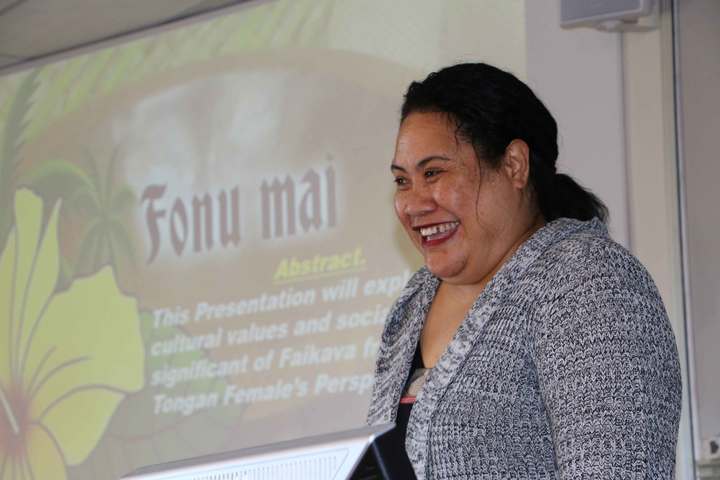 For Ikanamoe Ma'u, that is exactly what she has been doing for almost two decades.

She proudly calls herself a heavy kava drinker.

"I can drink kava all night and drink more cups than men," she says proudly.

Now living in Aotearoa, it was a pleasant surprise to notice a shift in female kava consumption on a recent trip back to Tonga, she said.

"I went home and was surprised to see a lot of young females as kava consumers and they do drink the kava."

She said when she started drinking kava heavily in the late 1990s, she hadn't heard of any other Tongan women who also did it.

By tradition, the Tongan fai kava or practise of drinking kava is usually done with men sitting around the kava bowl circle and a woman serving kava to the men is known as a tou'a.

"So I was often labelled a rebel for breaking with strict cultural traditions, but I'd much rather drink kava than alcohol," she said.

She talks about the role of the tou'a: "Traditionally and historically it was a very privileged and prestigious demonstration of a woman's virtue and titled key ceremonies."

She believed Ikanamoe's behaviour wasn't common so further research into women in general as kava consumers was overdue.

"Certainly given its commercialisation, it also just kind of creates more awareness around kava as a trend where women will start to be consumers more frequently."

But Nalei Taufa warned in her research about male kava drinkers, that there were risks to consuming too much.

"If you are at a long kava session there is sleep deprivation and there is tiredness and are already sleep deprived, and then drive home with a strong sedative, depending on how strong the kava mix is as well," she said.

Mele Lino said she used to just serve the kava as a tou'a until she joined up with a female Tongan kava group when visiting America.

"With the tou'a I think I played a different role where I just sit there and serve but in the circle with the girls, I got to drink and participate in the conversation."

She said she would often drink kava with her late father as a way to communicate.

"I used to be able to do it often with my late dad and I loved it as it enabled us to chat and catch up," she said.

"I think that because we have come here to New Zealand and other places, and we see that for Fijiians it is a social thing that some women do. So some Tongan women have taken it on and done it as a sort of social gathering, even though it is not common."

Kava researcher Apa Aparosa said that the response to a presentation from Ikanamoe Ma'u at a recent kava workshop was really positive and inspiring.

"I think for her to talk about kava from a Tongan woman's perspective is pretty controversial," he said.

"There is this general rhetoric out there that Tongan women don't drink kava and Ikanamoe definitely challenges that."

Ikanamoe Ma'u encouraged women to drink the kava on their own terms.

"Be yourself and just do it," she said with a wide smile.

"It's your personal choice as a Tongan woman to do what you want to. So if you feel like drinking a lot of kava with other women, go for it."