Artists in Niue are using their skills to help preserve culture and traditions under threat after mass emigration.

The island's population declined towards the end of last century, leaving behind an aging population.

Those elders are among those fighting to preserve the Niuean language and pass on cultural traditions and knowledge. 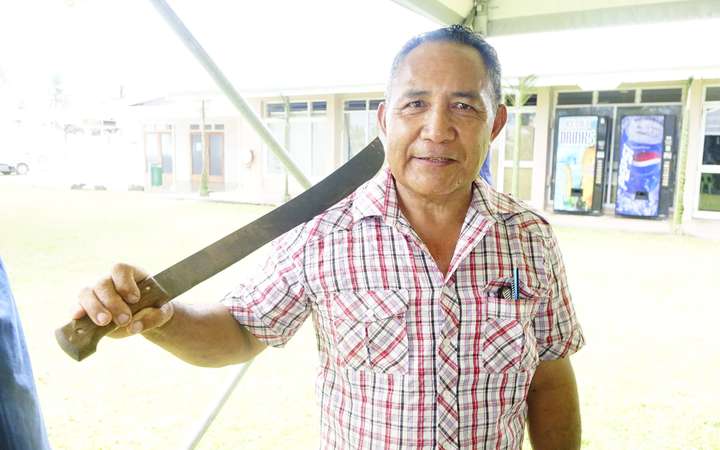 A master carver, Timothy Magaoa, said it was crucial that traditional practices were passed on to the next generation.

He mostly used a machete to carve his traditional Niuean spears and javelins, saying that while technology had its benefits, valuable lessons could be learnt from using traditional methods.

"It's part of your identity. If you don't have anything to show who you are, then I don't know really, who you are."

The practice of making Niuean tapa cloth, known as hiapo, has long disappeared on Niue, but many artists were still trying to preserve the island's unique print designs.

Kenneth Green said he tried to use local fibres like coconut and pandanus leaves to revive the hiapo prints in his artwork. 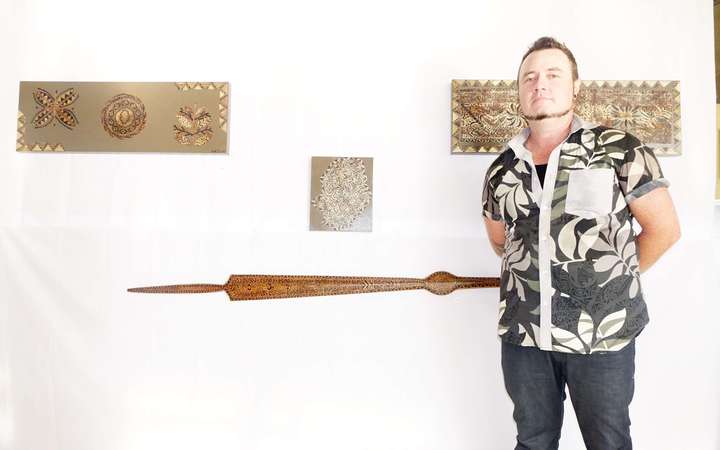 "Niue does actually have some pretty nice designs," said artist Kenneth Green. Here, he stands next to some of his works. Photo: RNZI / Indira Stewart

"So I wanted to put it out there to show that Niue does actually have some pretty nice designs."

Traditionally, hiapo patterns include detailed plant motifs and are vastly different to other tapa cloth designs around the Pacific.

Sarah Magaoa believed that reviving hiapo designs in modern day art was a way to preserve the culture.

"For me as a young person, I've been really interested just looking at all the different patterns that we've had that I've never thought of to use over the past years," she said

"So for me now, it's something I look forward to bringing out more." 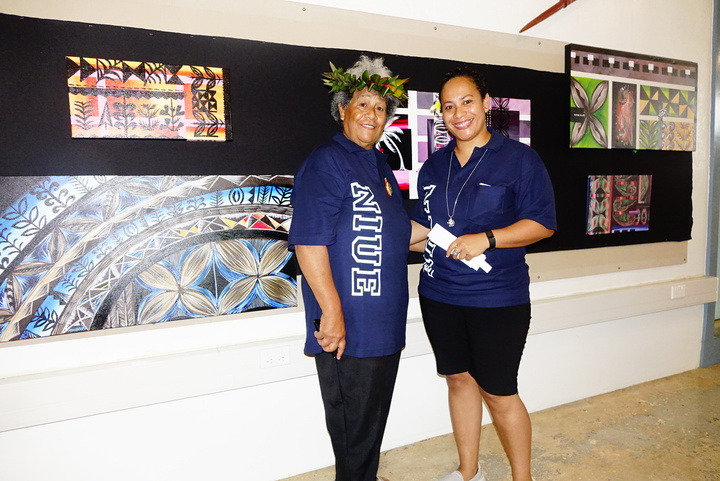 Sarah Magaoa with her mother Faso Magaoa, standing with some of her artworks which are on display at the Niue Tourism Centre Photo: RNZI Indira Stewart

A renowned Niuean artist, John Pule, pinned some of the blame for the disappearing practices on colonisation, but there were benefits to using contemporary art to help revive old traditions and story-telling forms.

"Because I believe that if you do go back you can find ways to resuscitate it and bring it back. Even if you have to add new ways of keeping things going."

Timothy Magaoa said the loss of culture and tradition would mean a loss of identity for Niueans.

"To be a true Niuean, you need to be able to understand your culture, understand the language, everything that brought you to becoming a Niuean. And if you don't know that, I am sorry for you."

A long-serving member of Niue's parliament, Va'ina Tukuitoga, said the need to pass down Niue's rich heritage, including the language - Vagahau Niue - was urgent.

"I'm worried. It's a lot to do with Vagahau Niue and also the taogas (treasures) because if one Niuean person died, like a very important figurehead, that's one library burnt," she said.

"So all those taogas need to be revived and to remind our young ones that our language is very important."