Ten more former Vanuatu MPs jailed for bribery are to be released on parole tomorrow but will soon be back on trial.

The Public Prosecutor has filed for a retrial of conspiracy charges against the ten and one other former MP still in prison, with pleas to be entered in court next week.

14 MPs were convicted in late 2015 after being found to have received money to cross the floor of parliament and change the government.

One of the convicted MPs, the speaker Marcellino Pipite, immediately used his temporary powers as acting president to pardon himself and the others.

That decision was subsequently overturned by the president, Baldwin Lonsdale, and the eleven former MPs were later found guilty of conspiring to defeat the course of justice. 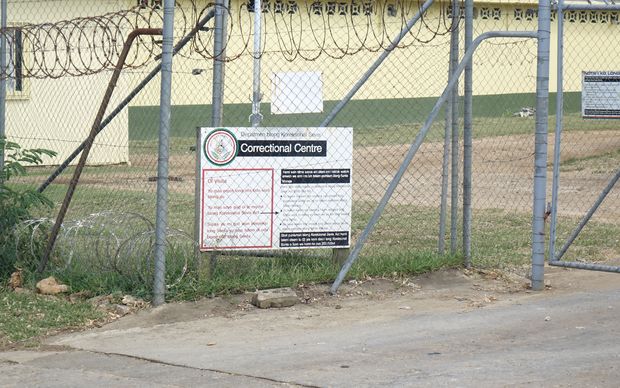 The former MPs were in 2016 given new sentences in addition to the jail terms they were already serving for the bribery charges.

However earlier this month the Court of Appeal quashed the conspiracy convictions because the eleven had been tried as a group rather than as individuals.

The Public Prosecutor Josaia Naigulevu told the Daily Post that the nature of the conspiracy offence remains the same and the former MPs are charged again.

For Pipite and others, a guilty verdict could see them returned for several more years jail.

Regarding the original bribery convictions, the MPs have now served eighteen months in jail, which for most of them was half their sentences, leaving them eligible for parole.

Last week, the first two of the former MPs, including former prime minister Serge Vohor, were released on parole.

Another former prime minister, Moana Carcasses, who was found to be the leader of the bribery ring, will be eligible for parole in October.

Like Vohor, Carcasses is not part of the conspiracy case.