The police in Papua New Guinea have condemned the Good Friday attack on Australia's refugee detention centre as the unethical and unacceptable actions of drunken soldiers. 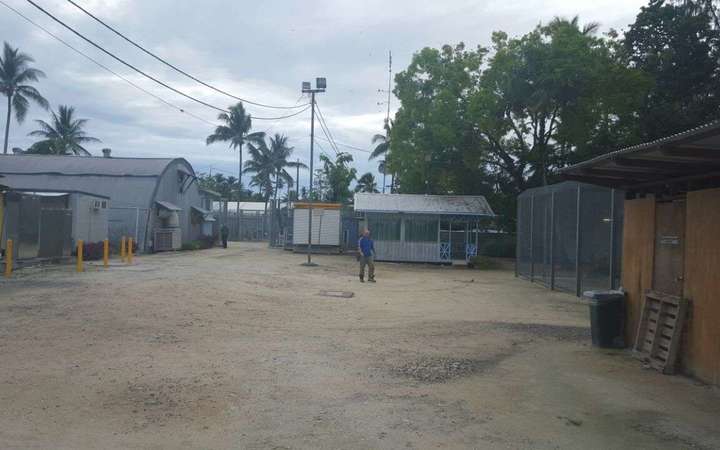 Members of the PNG defence force are alleged to have shot at the Manus Island facility more than 100 times following an altercation with asylum seekers at a nearby football field.

The Manus Provincial Police Commander, senior inspector David Yapu, said a group of drunken soldiers were retaliating after one of their colleagues was allegedly assaulted by an asylum seeker.

He said the soldiers also stole a hired car police were using at the centre and damaged it.

The Australian Department of Immigration and Border Protection said one asylum seeker was injured by a rock during the attack, but the Kurdish journalist and Manus Island detainee, Behrouz Boochani, said three refugees were hurt by thrown projectiles.

Mr Yapu said a senior PNG immigration officer and an asylum seeker were treated for injuries at the centre's health clinic.

He said the commanding officer of the Lombrum naval base where the centre is located, Begsy Karaki, intervened and stopped the attack from getting out of hand.

Mr Yapu said the day before the Good Friday incident the PNG Defence Force chief of staff, Colonel Raymond Numa, addressed the commanders parade at the base and urged soldiers to maintain a high level of disciple, professionalism and leadership.

Mr Yapu said the message had fallen on deaf ears and the soldiers showed disrespect to the international and local community at the centre.

Mr Numa said the Good Friday incident was sparked by asylum seekers who were supposed to vacate the football field at 6pm in order for base personnel to play on the oval.

He said some of the asylum seekers refused to leave the playing surface and assaulted a base duty officer who pursued the matter.

He said rocks were allegedly thrown by asylum seekers and shots fired by members of the naval base.

The PNGDF is now investigating the cause of the incident.

Mr Yapu has aslo set up a team to investigate the attack and to deal with the perpetrators and has vowed to leave no stone unturned until someone answers for what happened.