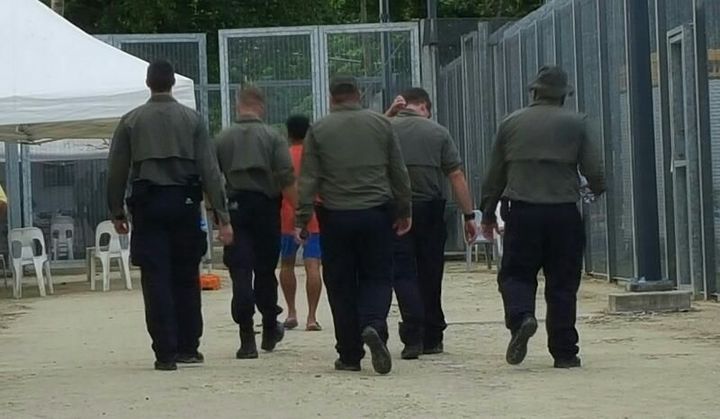 The Kurdish journalist Behrouz Boochani reports a food shortage on Saturday led to a protest over food quality on Sunday.

Mr Boochani says new guards from Australia provoked the protestors into an all in brawl.

He says guards from the island hurled stones at the refugees, who retaliated by throwing water bottles.

Last month, a similar brawl broke out over food, in which combatants fighting with plastic chairs smashed up a dining area.

Barriers built around kitchens fermented tensions, which boiled over when refugees objected to delays serving meals.

Amnesty International proffered the barrier was a deliberate attempt to degrade conditions at the centre and convince non-refugees to accept repatriation.

"They're saying that asylum seekers are taking too much food…but they have the obligation to provide adequate food ," said Amnesty researcher Kate Schuetze

"We have this sort of downward spiral in terms of trying to create cruel and harsher conditions in order to pressure those people to return home."

In June 2016, refugee advocates alleged cost cutting by contractors was causing food shortages, prompting vehement denials from governments in both PNG and Australia.

The Australian government said there had never been a food shortage at the centre and the PNG government stressed that refugees received nutritious and culturally appropriate meals three times a day.