A refugee on Papua New Guinea's Manus Island says the fight that broke out between detainees and guards in one of the detention centre's mess halls was sparked by verbal abuse from security personnel. 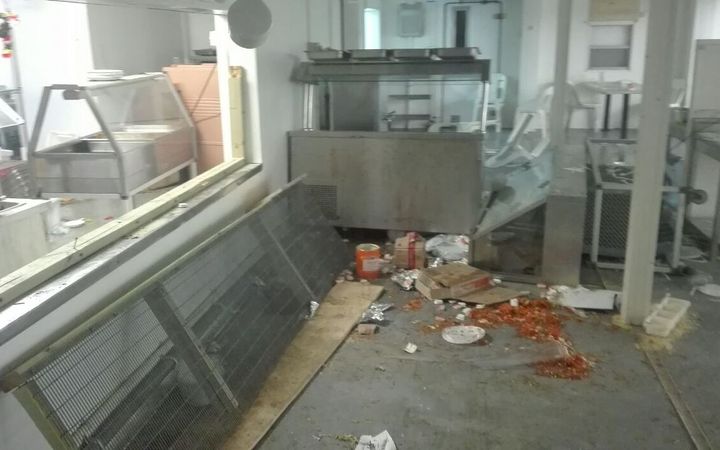 The detainees objected to a barrier erected around the serving area which they say caused them to queue for up to an hour to receive their meals.

The refugee from Iran, Amir Taghinia, said the fight happened last Saturday in Mike compound, which houses men who have been denied refugee status.

"They have made the mess look like a money changer. I haven't even seen these things in the movies in the prisons," he said

"The reason that made guys angry was the treatment of the guards, provoking the guys, using offensive words. There were a few of the guys injured. There was apparently a case of broken nose which was hit by chair in the face."

Mr Taghinia said he was not aware if any of the guards were injured in the fight.

The brawl lasted several minutes until the guards retreated outside the compound.

The Kurdish journalist and detainee Behrouz Boochani said another altercation took place on Saturday at the centre between refugees and guards at the gate of Oscar compound.

He said the incident at the gate started when a guard punched a Rohingya refugee in the face.