The importance of small boat safety in the region is being reiterated by the Pacific Community after the successful rescue of two fishermen in Tuvalu.

The Tuvaluans, Semi Saaga and Foe Taalava, were trolling off Fuafatu in Funafuti in February when their lines got tangled up in their propellor.

After failing to restart or get help via radio, the pair set off the personal locator beacon in their donated 'grab bag'.

That sent a signal to search and rescue authorities in New Zealand who informed the Tuvaluan authorities who managed to pick the men up after 15 hours adrift. 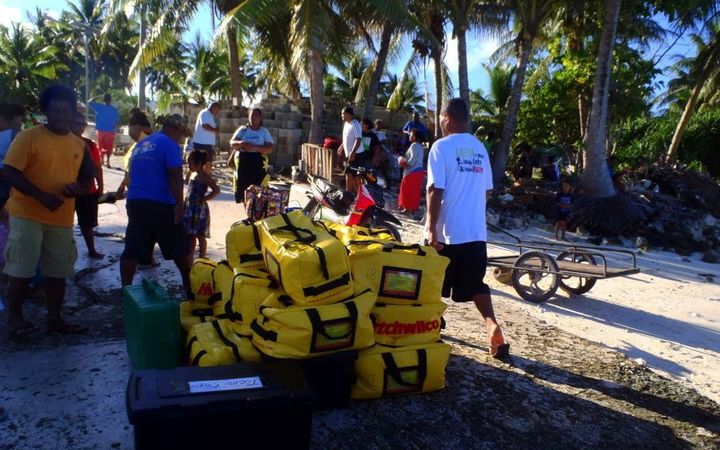 The director general of the Pacific Community (SPC), Colin Tukuitonga, said the successful rescue was testament to the Tuvalu government embracing the 'Grab Bag' initiative.

"Tuvalu is the poster boy, because they have on a number of bags per small boat. They have exceeded themselves. We gave them, well EU money, 30 bags and they went off and bought 128 themselves. So we are really pleased with this," said Mr Colin Tukuitonga

Mr Tukuitonga said small-scale fisheries were a lifeline for many Pacific Island communities and it was vital that safety at sea was observed.

The grab bags cost $1200 each but he said their value was priceless compared to the cost of mobilising an air search and rescue mission and their ability to save lives.

"The facilitation role played by the Tuvalu Fisheries Department needs to be highlighted as they ensured a fair distribution of bags between islands and importantly provided training to the bag recipients on how to be safe at sea and efficiently use the grab bag items in case of an emergency," said SPC Fisheries Development adviser Michel Blanc.

The bag contains basic sea safety equipment that is easy to carry and transport on small vessels.