Solomon Islands stalled anti-corruption legislation may never be passed according to the chairperson of Transparency Solomon Isands.

Establishing an Independent Commission Against Corruption, as well as introducing whistleblower protection and freedom of information laws were among the core promises made by prime minister Manasseh Sogavare when his government came to power in 2014.

And Mr Sogavare has come very close to delivering on those promises with several pieces of legislation having passed their first reading on the floor of parliament only to stall before their second reading.

According to the government the bills are being held back for technical reasons. 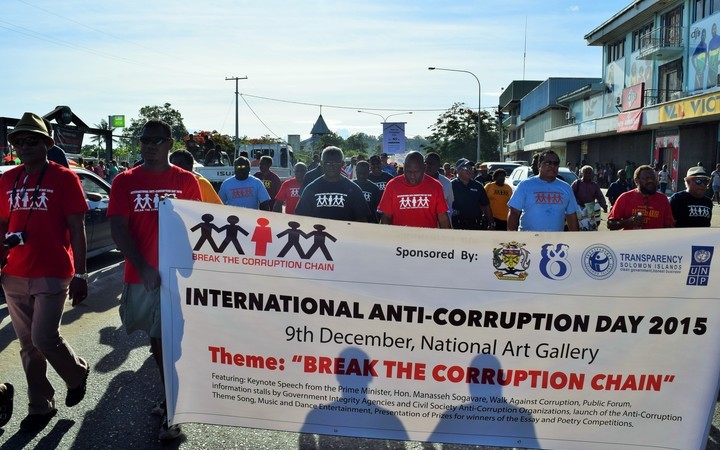 But the chairperson of Transparency Solomon Islands, Ruth Liloqula says she has it from a credible source that the majority of MPs in the government do not support the proposed legislation.

She says the bills have effectively been shelved.

"It is a sad day for Solomon Islands because this is not about you or me, this is about putting panadol inside a clinic, nurses pay, teachers, children's education. These are the kinds of things that don't get the money that they should be getting. This country has got a lot of money but it is not spent on things that would develop the country," said Ruth Liloqula.