The Marshall Islands today marked the 71st anniversary since the United States began its nuclear testing on Bikini Atoll in 1946. 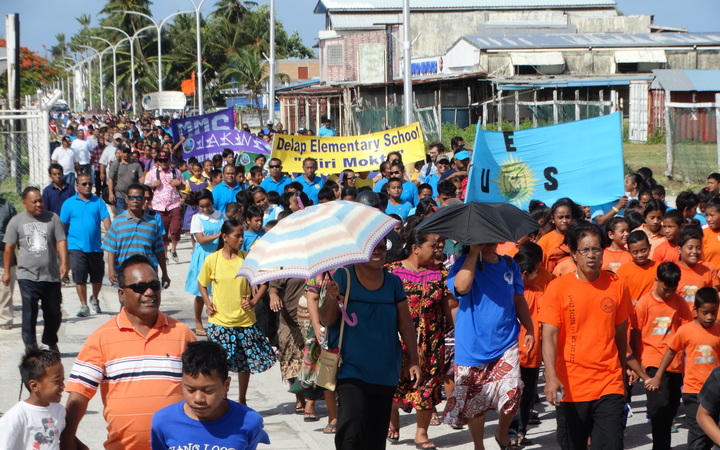 The Marshall Islands president Hilda Heine said "grief, terror and righteous anger" had not faded for Marshall Islanders despite the passage of 71 years.

A parade, the ringing of a bell 71 times and speeches by various dignitaries were some of the activities which took place in the capital Majuro to mark the National Holiday.

A three-day "Nuclear Legacy Conference: Charting a Journey Toward Justice" is also being held in the capital from today with a keynote address by ambassador Tony deBrum, and presentations by Marshall Islanders and experts from the United States and Japan who traveled to Majuro to attend the conference.

Enewetak Senator Jack Ading, speaking on behalf of other nuclear-affected atolls, pointed out that few survivors of the 1940s evacuations and nuclear weapons tests were still alive.

He said the 67 weapons tests left a "toxic legacy" that will affect the Marshall Islands for generations.