A Singapore-based satellite operator has put in an order for a new satellite which aims to bring high speed broadband to remote and unconnected areas in the Pacific and South East Asia. 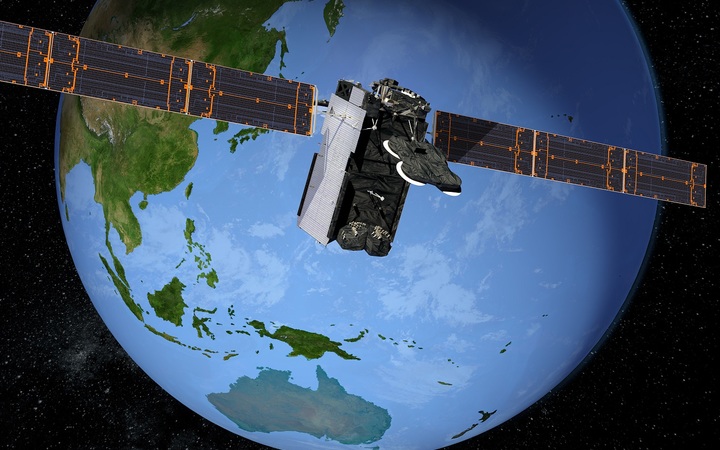 Artists impression of Kacific-1 satellite over the Pacific. Photo: Supplied

The company, Kacific, has ordered a Boeing 702 satellite, to be called Kacific-1, which will also host Japan's SKY Perfect JSAT corporation's JCSAT-18.

Already governments and telecommunications providers in three South East Asian countries and 11 Pacific Island countries have signed up for Kacific's services which are scheduled to come on line in 2019.

Kacific chief executive Christian Patoraux said the cost for their half of the satellite including launch service, ground systems and associated expenses came to around $US147 million.

"The Pacific in this case benefits from the fact that we found enough market in South East Asia to also serve the Pacific. Not only that but our satellite is only about half a satellite. The other half is used by a Japanese corporation Sky Perfect JSAT, " said Christian Patoraux. 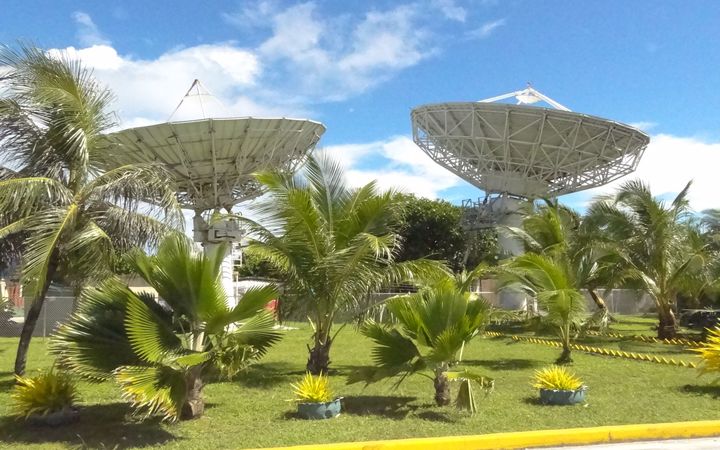 Mr Patoraux said to secure the funding for the project Kacfici has signed 15 managed bandwidth wholesale agreements in 14 different countries worth $US434 million.

He said the service could cost the average person five to ten US dollars per month for 3-4 GB of data at speeds of more than 100 megabits per second.

Mr Patoraux said there were different ways which telecommunications providers could deliver the service including via wifi using internet vouchers or through the local 3G or 4G mobile networks. 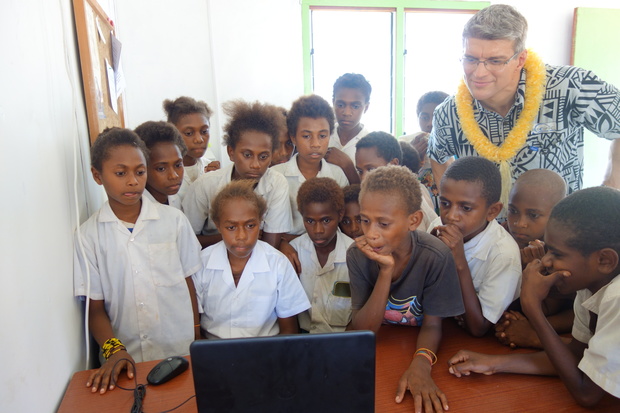 Students at Lambubu School crowd around a laptop hooked up to a new internet connection provided through another Kacific initiative. Photo: Supplied/Kacific

Christian Patoraux believes once launched, the Kacific-1 satellite will bring many benefits to remote communities in the region including in education and in health.

"So it is a lot of relief on the infrastructure, the infrastructure of the country can be decentralised a lot more and by doing so you grow the economy of the communities of the villages. The final benefit of course is to provide information to the local population which has a direct impact on the socio-economic indicators of the community," Christian Patoraux said.

Given the early sales success in Asia-Pacific, Kacific has begun expanding its model to other regions of the world with plans to launch more satellites in the future.