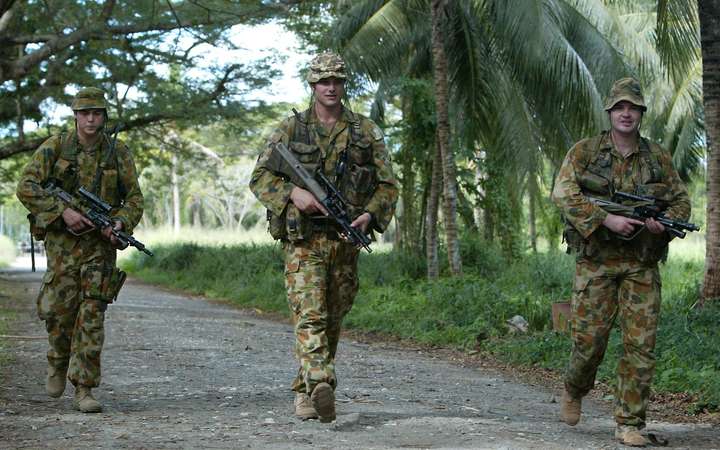 The Australian-led Regional Assistance Mission was deployed to Solomon Islands in 2003. Photo: AFP

New Zealand will maintain a police presence in Solomon Islands once the Regional Assistance Mission ends its 14-year-stint in July.

The Australia-led mission was deployed to the country in 2003 after years of ethnic violence where police weapons fell into hands of militants from Guadalcanal and Malaita.

RAMSI says the police force has been completely rebuilt, but Honiara has asked for continued assistance from New Zealand and Australia.

New Zealand's foreign minister, Murray McCully, who was in the Solomons this week, said New Zealand will continue to help once RAMSI leaves.

"Obviously having invested all of this time and resource no one wants to see the security situation deteriorate," said Mr McCully.

"As much as anything else maintaining public confidence there during the transition. And so there'll be a New Zealand police component that is ongoing for the next three or four years as part of our contribution into the future."

Murray McCully said the full details were still being worked out, but New Zealand's contribution would be more modest than Australia's.