A newly released study shows self censorship in Fiji's media remains a problem despite the return to democratic rule in 2014. 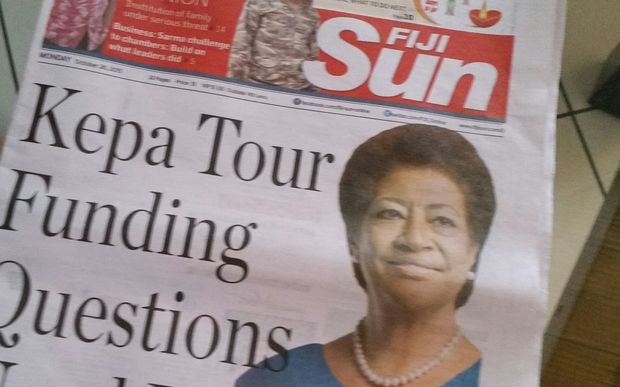 Veteran Fiji journalist Ricardo Morris' survey two years ago was sponsored by the Thomson Reuters Foundation and analysis of the study, Watching Our Words: Perceptions of Self-Censorship and Media Freedom in Fiji, has just been published.

Mr Morris said the 40 responses to his eight question survey showed only a slight leaning towards self censorship but follow up interviews with editors painted a completely different picture.

He said their responses were telling, for instance one journalist described experiencing self-censorship "rarely, maybe once every three weeks."

"A few journalists didn't term it as self-censorship or didn't want to admit that it was self-censorship. They spoke about it as touching up a story or leaving out views that they felt may trigger a negative response. So those are some of the things that they disclosed in the follow up interviews."

"This is the elephant in the room for Fiji media that we find it a very prickly topic to talk about but I think that once we can get over this hurdle of accepting that there is some element of self censorship still existing even after the 2014 election, we can begin to find ways to mitigate the effects of self censorship in the media."