A Fijian woman has warned others to be more aware of the export permits needed to bring cultural items from the Pacific into New Zealand. 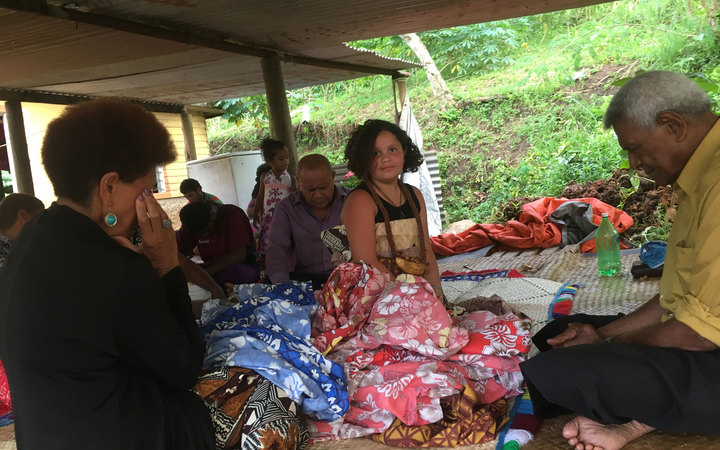 Nine-year-old Leilani was given the Tabua for the first time at her Fijian grandparents home. She was wound with 15mtrs pacific material and a tapa and led by her great aunties and my mother up to the house where a great great uncle (Tua) and uncles awaited her arrival to present her with the Tabua. Photo: Supplied/ Dali Jobson

Dali Jobson was forced to surrender a family heirloom called a tabua to the Crown after she declared it at Auckland Airport last month.

The polished whale tooth is about 13 cm long and is a highly regarded cultural gift in Fiji - often passed down through generations.

It was formerly gifted to her daughter by the family's village and was confiscated under New Zealand's Trade in Endangered Species Act.

Ms Jobson claimed her family had declared tabua twice before with no problems and was devastated when it was seized.

She is now trying to warn others about the strict border rules.

"I've forwarded what's required in order to bring these things through but it's not worth the risk. I've definitely told my family and they've passed it on and none of them were aware."