Two thousand people rallied outside the French High Commission in New Caledonia yesterday over the lack of security south of Noumea. 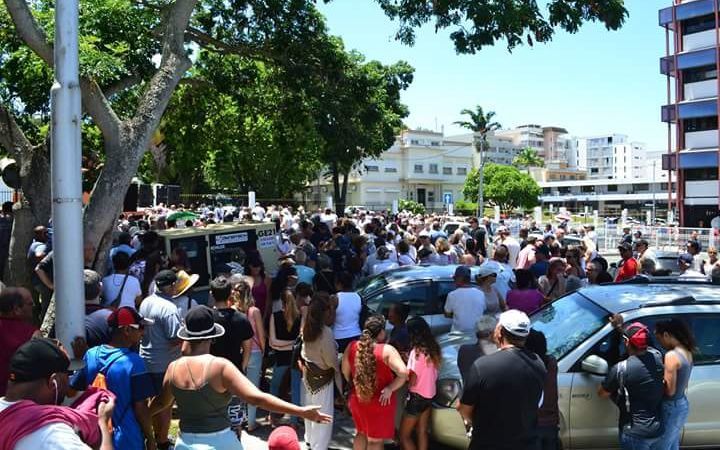 Two thousand people rallied outside the French High Commission in New Caledonia on Friday over the lack of security south of Noumea. Photo: Association Citoyen Mondorien

The road past St Louis has been repeatedly closed by police in recent months after people travelling on the road were targetted by gunmen.

A delegation from a residents' association was received by the High Commission and assured that the curfew to close the road at night will be lifted next week if the situation remains calm.

The demonstrators also called for arms in circulation in St Louis to be seized.

The French interior minister Bruno Le Roux has said the insecurity is not allowed to continue.