The construction of the building known as Pasar Mama Mama Papua, or the Mama Mama Market, was completed shortly before Christmas. 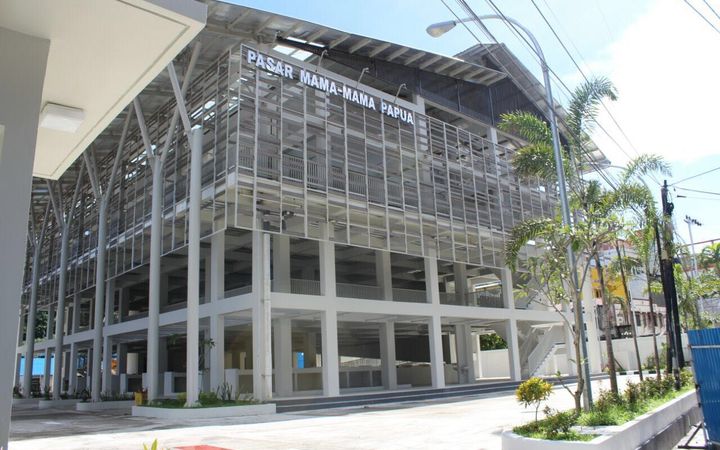 The market was commissioned by Indonesia's President Joko "Jokowi" Widodo, who oversaw groundbreaking of the construction effort in April last year.

It is billed as part of his campaign to enable better grassroots participation in economic development in Papua.

The market is described by Jakarta as a way of empowering Papuan women who are the key players in the traditional markets where fresh, home-grown produce is sold.

For many years the Papuan capital lacked an adequate central market in Jayapura, with women vendors left to sell in an unused car park on a busy street corner.

Similar to a major new market in the nearby town of Sentani, this market complex has streamlined electricity and modern toilet facilities.

It is designed in a way to offer Papua's indigenous Melanesians a way to better market their produce, literally lifting their wares off the floor. 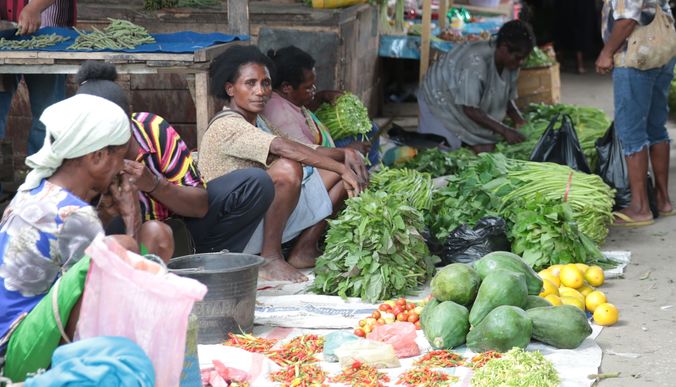 The complex includes a food court, a floor for traditionally-produced souvenirs, and various business training units.

Papuan women vendors are being offered opportunities to train as modern traders, growing their entrepreneurial skills and develop new businesses.

A spokesperson for the Indonesian government said that this is done in a way that will not disrupt their time dedicated to selling at their new stalls.

She said empowering "mama mamas" was important for Papuan development.

"Mama is often the sole income-generator of her family. Accessing jobs for other members of her family and have multiple-incomes is key." 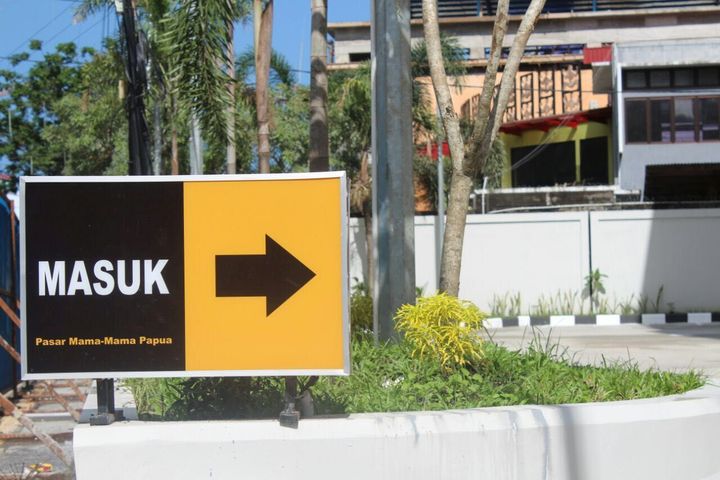 "The core problem of poverty in Papua is because indigenous Papuans are not able to access and keep permanent jobs, or incapable to establish and grow sustainable businesses," said the spokesperson.

"This is due to lack of lifeskills and education (informal or formal) that allows them to be competitive in a 21st century economy."