Vanuatu's customs officials have detained a ship with an all Sri Lankan crew after failing to identify the ship's origin. 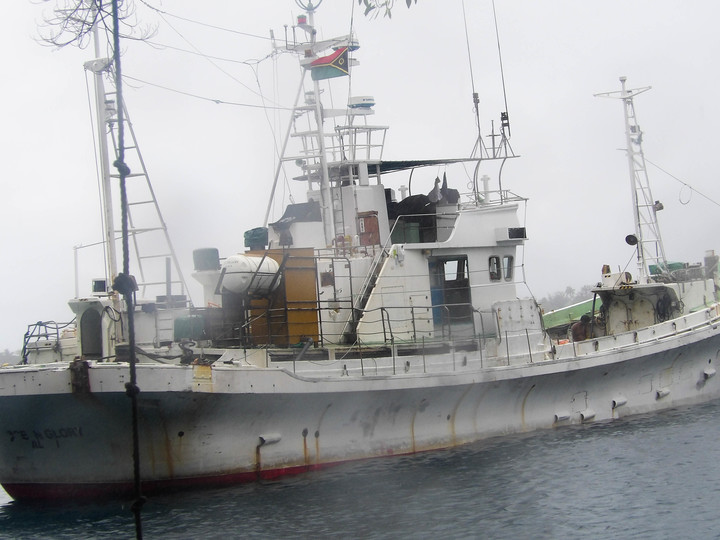 No one has tried to claim the ship pictured which was sailed to Vanuatu by an all Sri Lankan crew. Photo: Len Garae

The Acting Manager for Border Control Baddley Tari said the five crew and captain, who all speak English, said they have sailed from Japan to Port Vila.

They said they were to deliver the ship to its new owner and are ready to fly out.

Mr Tari said no one has tried to claim the ship which is estimated to be 20 years old.

He said the man who was supposed to have bought the ship is Paul Okten, who is the owner of a company called JPO Kava Export.