The Cook Islands Government hopes to increase the amount of renewable energy powering Rarotonga from 15 percent to 50 percent soon. 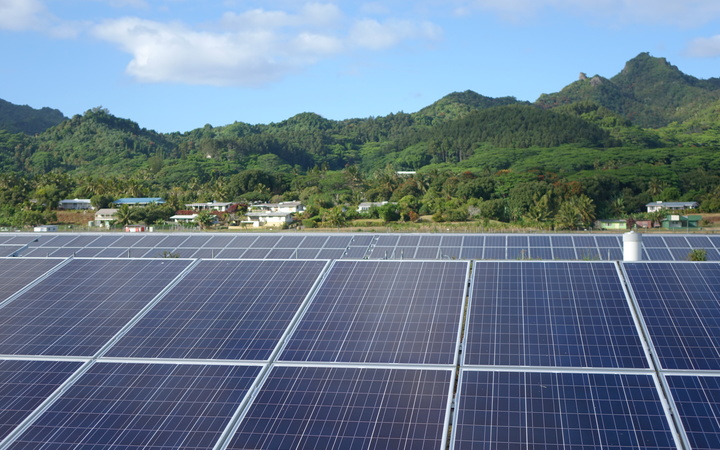 The Green Climate Fund, a United Nations fund to help developing countries adapt to climate change, has granted the Cook Islands US$12 million to expand the main island's energy grid.

The announcement is the first of a series of projects, which will be led by the Asia Development Bank, to expand renewable energy around the Pacific.

The Chief of Staff of the Prime Minister's office, Elizabeth Wright-Koteka, said the current grid can not handle the current uptake of renewable energy, and the expansion will help solve that.

"We've had a very positive uptake in renewable energy from the private sector and from homes, and it's gotten to a point where we've actually taken on so much renewable energy into our grid that we've had to stop taking on additional renewables," she said.

Elizabeth Wright-Koteka said with the northern islands now powered by solar, and the southern islands soon to be the same, most of the country will soon be powered by renewables.