Recipients of the New Zealand Prime Minister's Pacific Youth awards are focusing on giving back to the community.

Nine awards were presented in a ceremony in Parliament by the Prime Minister John Key to recognise excellence in commerce, the arts, sports, community and leadership. 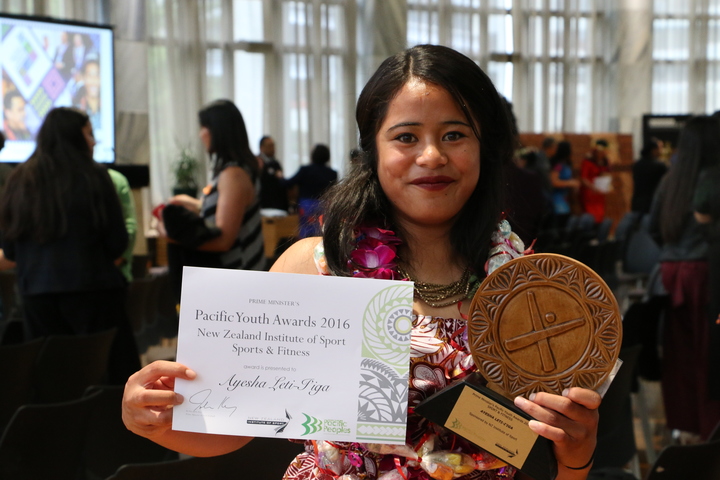 The recipient of the Sports and Fitness award, 17-year-old Ayesha Leti-I'iga has played rugby for several New Zealand national teams.

She credits her success to her family and performs a special ritual before each game to honour her mother who died seven years ago.

"I take my hand and I write her name on my wrist and it feels like when I'm running with the ball she's right next to me, I can just picture her screaming from the sidelines."

Ms Leti-I'iga who is New Zealand born Samoan, was taken in by her grandparents and said she initially had to overcome negative attitudes towards Samoan women in sport including from her own family.

"People underestimate me because I'm small and wouldn't expect me to play rugby and that's where I like to prove people wrong. They (grandparents) didn't want me to play rugby because it's a contact sport but eventually they gave in," she said.

Her grandparents now come to every game and Ms Leti-I'iga has added coaching to her schedule to help other women overcome those barriers.

People underestimate me because I'm small and wouldn't expect me to play rugby and that's where I like to prove people wrong.

"If you love the sport you want to progress it especially for girls, you want to teach them that there's more to rugby," she said.

Fellow New Zealand born Samoan, Josiah Tualamali'i received the Leadership and Inspiration and also attributes his success to the support of his family.

But he said he didn't always feel connected to his Pacific heritage.

"Because dad came here and had to assimilate to fit in, a lot of what was Samoan about him, he lost by the time I was born or he didn't feel comfortable to be fully who he was and so in our house we didn't speak Samoan, we weren't connected to the Pacific community at all," he said.

"So I grew up not really understanding the value or the importance of that and it wasn't till I was 14 that I kind of saw that something was missing, I just knew that my Pacific identity was something I really wanted to strive to understand and once I got more confident I'd help other Pacific people like myself. He said it is important young Pacific people know they have a voice.

"The big thing is that they want to have a voice but it's important that the way the discussion is framed is something that engages them quickly. They want to be able to know what's going on in the world and then talk about how the Pacific matters through the different issues that New Zealand faces."

Ensuring Pacific youth have the confidence to pursue their goals is also the focus of 18-year-old Roneima Teumohenga who is of Tokelauan, Tongan and Samoan heritage.

Ms Teumohenga was awarded the Science, Technology, Engineering and Mathematics (STEM) award and started a study group at her high school to help those who couldn't afford tutoring.

"I just wanted to make a sense of study is cool, it is cool to study because it will get you to places in terms of after high school, you know tertiary institutions and things like that." 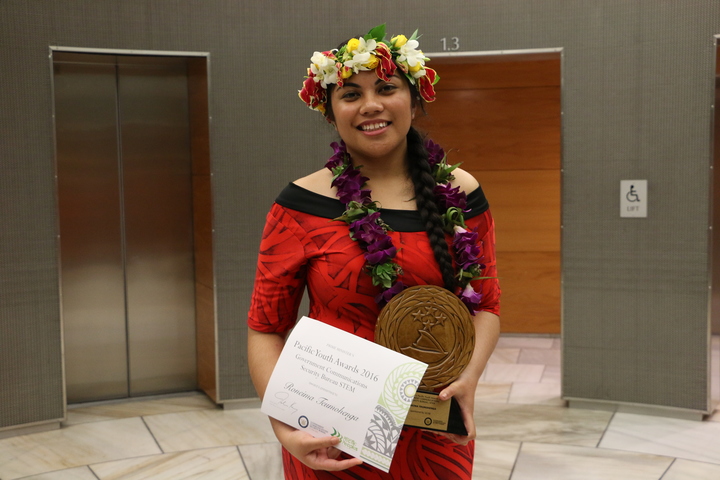 Ms Teumohenga was born with permanent hearing loss but said this has not stopped her from excelling in study and in sport.

Speaking to the recipients Prime Minister John Key said the winners are role-models and their success is demonstrating why young Pacific people are the future of the country. 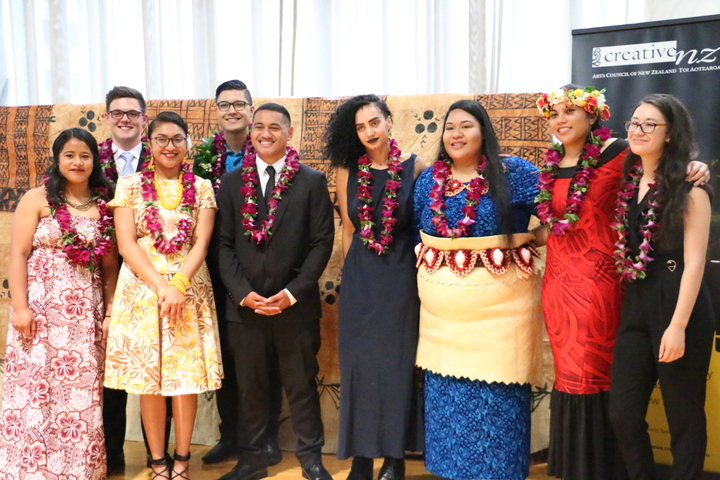