An Indonesian group in Jakarta has declared its support for West Papuans to be granted self-determination. 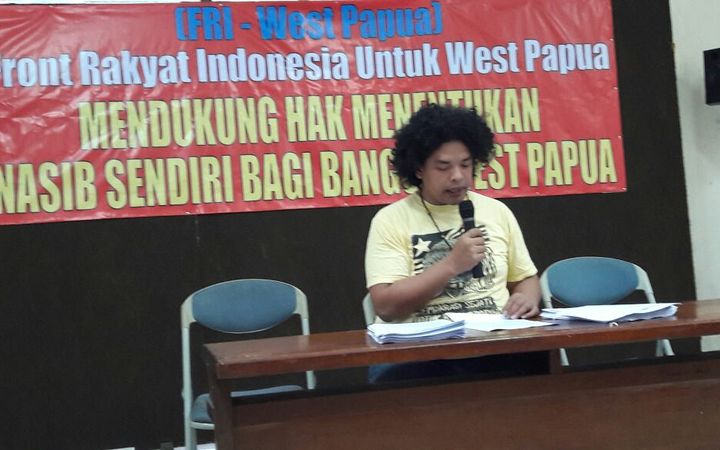 The Indonesian People's Front for West Papua, or FRI West Papua, held an event at the office of the Legal Aid Institute in Indonesia's capital yesterday and expressed solidarity with Papuan independence aspirations.

It is understood to be one of the first non-Papuan groups in Indonesia to have organised campaigning for West Papuan liberation from Indonesian rule.

In making the declaration, FRI's spokesman Surya Anta said that the right to self-determination for all people had been denied in the case of West Papua.

He said that Papua was illegally occupied by Indonesia and that 1969's Act of Free Choice referendum, through which Papua was incorporated into the republic, was illegitimate because only 0.2 percent of the population participated and did so under duress.

Among a list of recommendations in FRI's declaration, it called for a free and fair self-determination referendum for Papuans, and for Indonesia's military to withdraw from the territory.

It also urged Indonesians who live in West Papua to support the struggle of indigenous people for determining their own destiny.