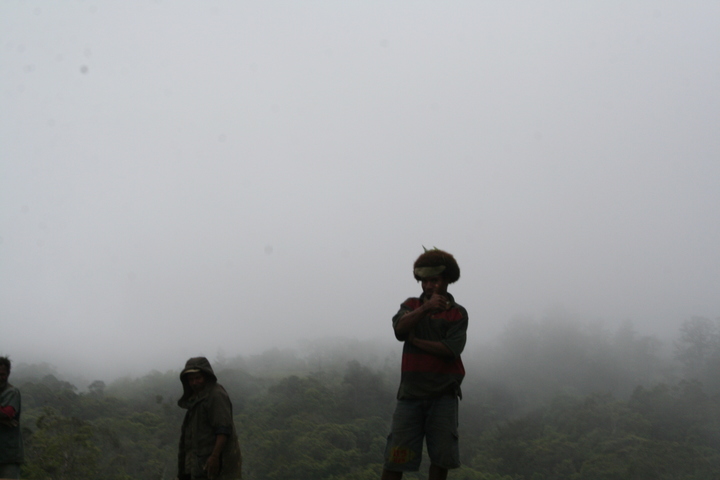 The Komo region in Papua New Guinea's Hela Province remains tense after a deadly ambush on a convoy carrying MPs last week, according to the provincial police commander.

The attack was related to a tribal conflict and represents a near miss for the Komo Magarima MP, Francis Potape, who is also the Hela Governor, and the Higher Education Minister Francis Marus.

Last Tuesday, their convoy came upon a blockade in the remote region and the MPs' vehicle was eventually forced to turn around.

However, a man in another of the convoy's vehicles was identified as an enemy by the tribesmen manning the blockade and was forced out of the vehicle and shot at point blank range.

Mr Welly said that the next day police went to Ligame, where the suspects are from, but were unable to capture the men.

"When police went in, they all ran away into the bush. As you can imagine, it's very difficult running after someone in the bush," he said. "They're still at large, but we know who the main suspects are and hope to have them apprehended some time later. But for now the situation is still tense."

Meanwhile, the police mobile unit has been accused of launching a reprisal in their pursuit of the perpetrators after the deadly attack.

ExxonMobil denies that it hires police, and says it plays no role in the conduct of police operations, although under a Memorandum of Understanding with the PNG police force, the project can "offer support such as transport, fuel, lodging and stipends for the police away from their normal work locations".

Nonetheless, Isaac Pulupe said almost 200 houses in Ligame were burnt or destroyed along with much of the village's property and livestock.

However, Mr Welly played down this suggestion, explaining that the police mobile squad was asked to go to Ligame to search for the suspects.

Mr Marus, too, has defended the conduct of the police during the incident.

The ambush and shootout have come amid an overall worsening of tribal conflicts in Hela, which is a worry for local authorities as next year's general elections approach.