Papua New Guinea's public has the right to be informed about impacts of seabed mining, according to the NGO Bismarck Ramu Group.

The Canadian company Nautilus Minerals said it was looking to begin mining in PNG's Bismarck Sea by 2018 as part of its Solwara 1 project.

The seabed mining project, set to be the world's first, has been in the planning for about nine years and secured the backing of the government which bought a 15 percent stake.

However there remains strong opposition to the project among local communities and environmentalists, while caution has been urged by the World Bank among others. 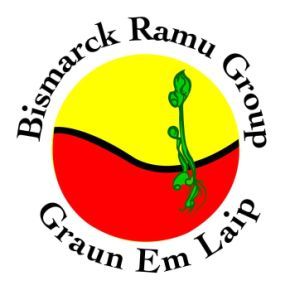 Bismarck Ramu Group's Christina Tony said it is concerning that government gave approval for the project after only one environmental impact study.

She said that study was done by Nautilus.

"That information hasn't been extended to the public yet."

Bismarck Ramu Group and other civil society groups concerned about Solwara 1 have taken heart from this month's New Zealand Environment Court ruling that a seabed mining company must disclose information about its plans.

The EPA had withheld some of the application from public access on the grounds it was commercially sensitive.

However, the court ruled in favour of local civil society and fisheries groups that blacked-out parts of the application be made public.

A representative of the Alliance of Solwara Warriors, Jonathan Mesulam, said they had been fighting for the same public right to information in PNG for many years.

However, according to Mr Mesulam, "Nautilus does not have the consent of local communities. We still don't know what the impacts of this experimental mining will be.

"Furthermore, the Solwara 1 site is right in the middle of our traditional fishing grounds. We are united in our fight against any destruction of our seas, culture and livelihoods."