The Norfolk Island Council of Elders has taken its appeal to overturn Australia's removal of the island's limited autonomy to the British Prime Minister Theresa May. 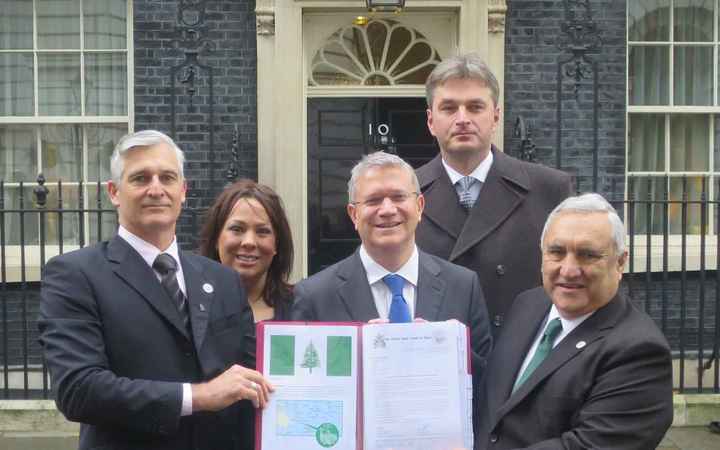 Canberra instituted changes from the middle of last year, saying the island could no longer pay its way.

Many on the island remain angry at the loss of their government and the level of independence they had enjoyed going back to 1856.

Several international appeals have been made, including to Westminster, which sent a delegation of MPs to the island in September.

The MPs - Andrew Rosindell, Paula Sherriff and Daniel Kawczynski - said they found the situation on Norfolk untenable and called for Australia to replace the administrator, Gary Hardgrave, who they said had lost the confidence of the people.

The MPs, accompanied by Andre Nobbs and Albert Buffett from the Council of Elders, have now presented the petition at the official residence of the British prime minister, No 10 Downing St.

The petition outlines the strong opposition to the changes and the lack of collaboration by Canberra. It says there is strong support for an appeal to the United Nations and for Norfolk to engage more closely with Britain.