Back to back wins have buoyed the Tongan rugby team going into their Northern Tour finale against Italy this weekend.

The 'Ikale Tahi defeated Spain 28-13 in their opening match before holding on to edge the United States 20-17.

Tonga led 14-3 after 24 minutes and had another try disallowed before allowing the US Eagles back into the match.

Head coach Toutai Kefu said they should have been up by 20-25 points at halftime but managed the game well in the closing stages.

"It adds to the mood and the culture that you're trying to build around the team and if you're winning you're walking around training on that week with a little bit more confidence and, without being arrogant or anything like that, we still want to keep that head of trying to get better and improve," he said.

"We're trying to get a little bit better every day in different parts of our game and in doing so we still want to win, we want to put a team performance together at the end of the week to win." 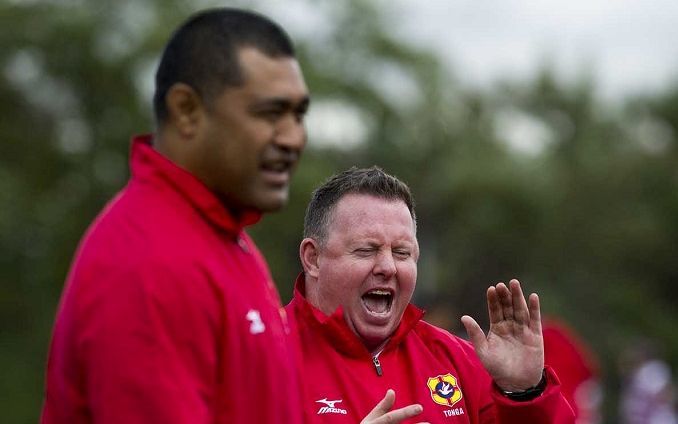 Kefu is five tests into the job and said being on tour with the squad 24/7 he is learning more about the players every day.

"You find out players, their real strengths and weaknesses away on tour and when they're playing," he said.

"What you might have thought that you got from a player watching on TV you find out differently on tour but in saying that other players that you think you had a preconception of that changes because you get to meet them, you get to interact with them, you get to see them up close at training and obviously on the weekend when they play.

Toutai Kefu said fullback Telusa Veainu has been ruled out of this weekend's test against Italy with concussion while captain Siale Piutau is in doubt after straining his knee.