A member of American Samoa's house of representatives says he wants the territory to look at options for increasing trade in the region. 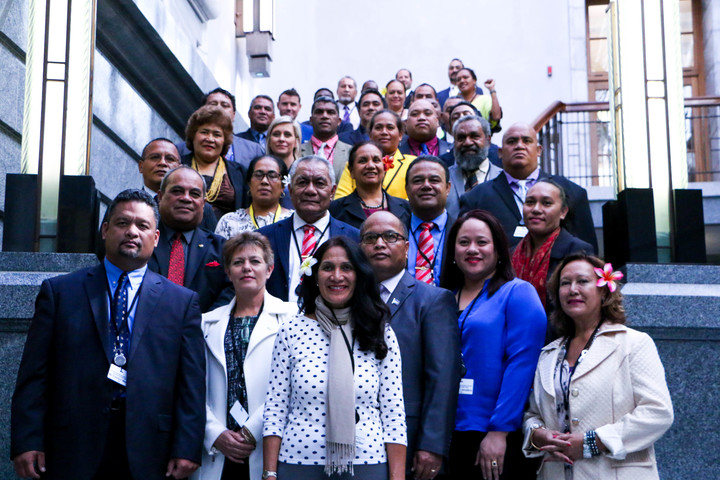 Pacific MPs pose for a group photo inside the New Zealand Parliament building. The more than 40 delegates from 17 Pacific countries and territories are in New Zealand for the Pacific Parliamentary Forum. It was held in Auckland and Wellington from the 14th to the 18th of November 2016. Photo: RNZI / Koroi Hawkins

He said he was surprised to learn how much trade his fellow Pacific MPs' countries seemed to be involved in.

"You know it is just interesting because every country wanted to trade something to another country. We don't have a lot in American Samoa to trade to other countries but we import a lot. So that is something I need to look at and share with my colleagues back home."

Mr Allen said he also observed at the forum that whilst American Samoa's political systems and structures were completely different from most Pacific countries he still saw similarities around governance and the shared challenges such as climate change.