The United Nations has urged Australia to close its detention centres abroad immediately.

A United Nations Special Rapporteur on human rights, François Crépeau, says Australia's human rights record has been blemished as Canberra has held hundreds of people in Nauru and Papua New Guinea for more than three years.

Mr Crepeau, who has just finished his first official visit to Australia, says these policies have eroded the rights of migrants in contravention of Australia's international human rights and humanitarian obligations.

Mr Crepeau said the camps need to be shut because it is a fundamental principle of human rights law that one person cannot be punished only with the aim of deterring another.

"They need to close, and quickly. Period. Australia could be a leader in engineering at the regional level or at global level solutions that are much more creative, much less punitive in terms of helping people to resettle and change the discourse about these migrants into a positive one, that there are benefits for the community", he said. 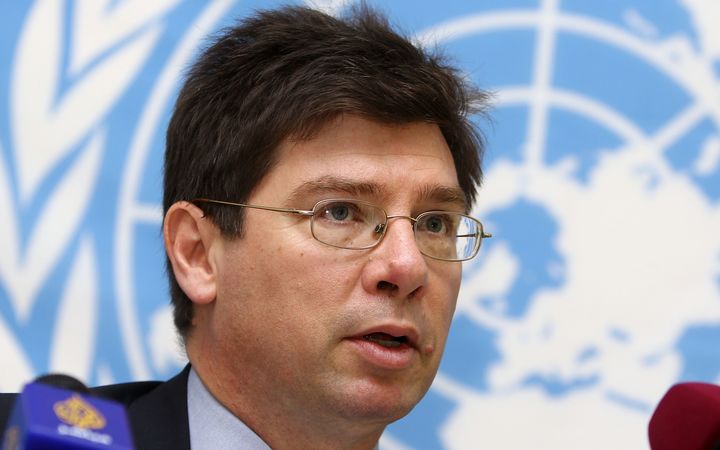 Mr Crepeau says while Australia has the power to admit, deny entry or return migrants, it equally has an obligation to respect the human rights of all migrants in the process.

He says mandatory and prolonged on and off-shore immigration detention periods, obstacles in accessing justice and basic services such as health care, and discrimination in all areas of life as a result of one's immigration status or that of their family member cause immense suffering.

According to Mr Crepeau, Australia ultimately has the responsibility to settle those from the regional processing centres on Nauru and in Papua New Guinea who are found to be refugees.

He says any agreement regarding third country resettlement must be meaningful - in terms of numbers, timeliness and opportunities to rebuild - and adhere to Australia's international humanitarian and human rights obligations.

Mr Crepeau says Australia must work to fight xenophobia, discrimination and violence against migrants, in acts and speech.