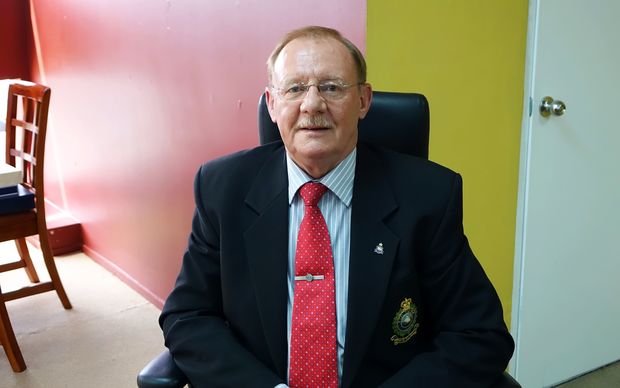 Ben Groenwald was assaulted at a Suva restaurant in May last year. Photo: RNZI/ Sally Round

Five men involved in a robbery in which Fiji's former police commissioner, Ben Gronewald, was assaulted have been jailed.

They were convicted of aggravated robbery and causing grievous bodily harm.

Mr Groenewald, who was in charge of Fiji's police from May 2014 until he resigned in November 2015, was having dinner at a restaurant in May last year.

The men attacked him with a wine bottle as he tried to stop them from robbing the restaurant.