The Fiji women's rugby team are eying further history after advancing to the final stage of qualifying for the 2017 World Cup.

Playing their first test match in ten years, the Fijiana 15s defeated Papua New Guinea 37-10 in Suva at the weekend, to take out the inaugural Oceania Women's Championship.

That result earned Seremaia Bai's team a place in next month's final Asia/Oceania zone qualifier against Japan and Hong Kong, where the top two teams will advance to the World Cup in Ireland. 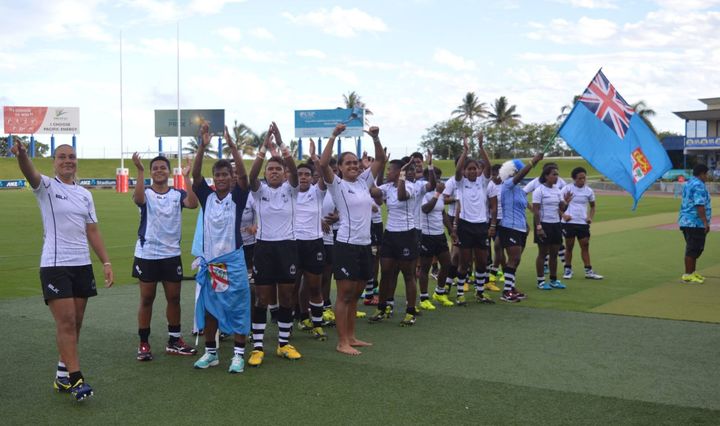 Seremaia Bai said the match was an important step forward for women's rugby in Fiji and the Oceania region.

"Even though that we didn't play any national level, in terms of women's fifteens, but still we have our local fifteens club games. it's very pleasing that we managed to put a first women's fifteen-a-side and to come out with that result it's a good feeling.

"It means a lot to the girls because not all of them can manage to play (for) the Fijiana women's seven-a-side team so to be given this opportunity, for most of them, it means a lot to them in terms of developing women's rugby here in Fiji and especially the fifteen-a-side game." 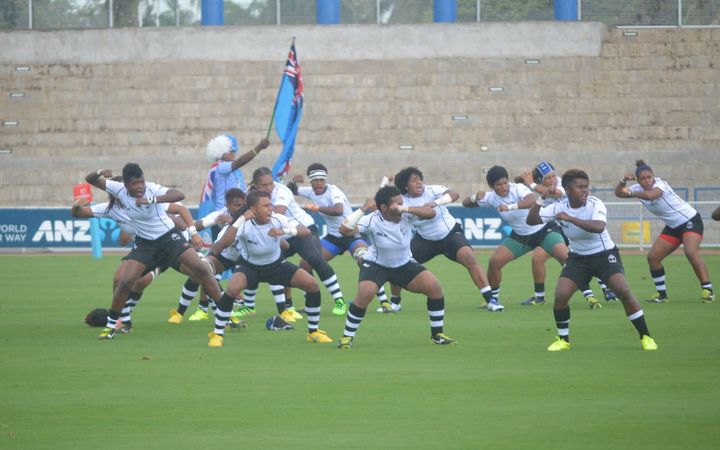 The Fijiana 15s lay down a challenge to PNG pre-match. Photo: Fiji Rugby

Members of the Fijiana sevens team did not participate in Saturday's match because they were in camp preparing for this weekend's Oceania Sevens Championships in Suva.

Seremaia Bai said no decision has been made on whether those players will be available for next month's final World Cup qualifying event.

"We haven't come to an agreement with the sevens officials...it's a matter of if they are available and they're willing to join the fifteens camp then we would like to use them."

"I'm just regrouping some of our extended squad that weren't available last time because there's injuries and there is difficulty for them to make it to camp."

Seremaia Bai is joining the Flying Fijians camp in Europe this week as kicking coach but says he has a trusted team that will continue preparations with the Fijiana 15s squad in his absence.