The International Organisation for Migration (IOM) is leading the fight after PNG was downgraded this year to the lowest rung of countries involved in human trafficking. 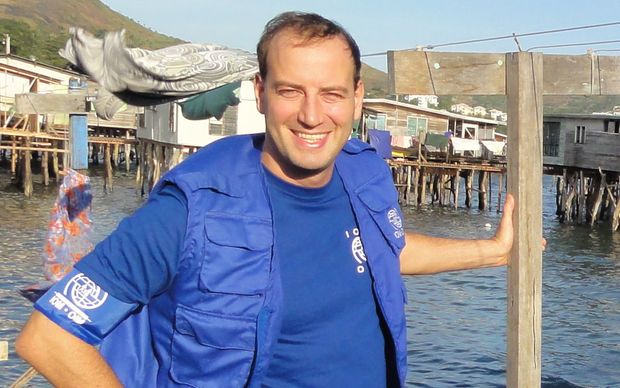 The chief of mission for the IOM in Papua New Guinea, George Gigauri Photo: Supplied

The exploitation of women and children by sex traffickers and the forced labour of men in fishing, forestry and mining were reasons sited by the US Department of State for the demotion.

The IOM's chief of mission in PNG, George Gigauri, said he was working with the United Nations and the government to train police, customs, immigration and defence officers to identify victims.

"It comes down to intuition. Front line officers that I've worked with in different countries around the world, the best ones are not the ones that are best trained, they're actually the ones that can pick up certain signs and intuitively feel when there is something wrong in the relationship dynamic of a group," he said.

Mr Gigauri said much of the training being given to police in PNG was new to them, as certain elements of human trafficking were only criminalised by a law change in 2013.

He said the training was accompanied by advice to authorities on systemic changes so "institutional knowledge memory and management systems were in place to carry on training the new recruits."

"Getting all the key officers around the country where we want them to be, that will take at least another three years," he said.

Mr Gigauri said official information on the number of humans being exploited through trafficking in PNG was confidential, but that number was just " a tip of an iecberg."

"But in the future we do hope to do a very scientific guestimate on what the numbers could be, " he said.

On PNG's recent downgrading by the US State Department, Mr Gigauri said PNG had consistently been ranked at the lower end of countries subjected to trafficking.

"It's always been on the lowest tier until it was upgraded last year to Tier 2 'Watch List' and then down graded again."

"But actually I have high hopes for next year's grading because there is progress being made."