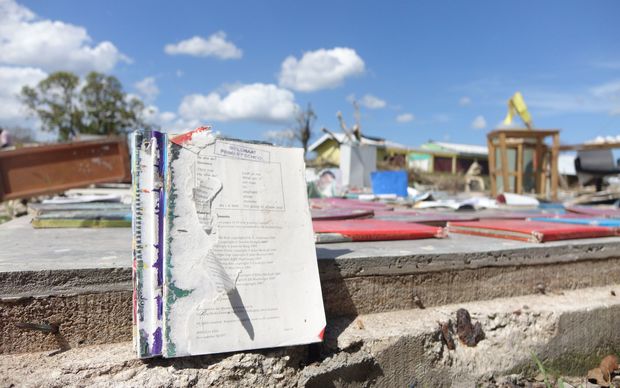 The kindergarten will not only provide a place to learn but serve as a training ground for teachers. Photo: RNZI / Koroi Hawkins

More than $US20,000 was raised to build the kindergarten with the Victoria University of Wellington matching the $US10,000 raised by its students and the community.

The University worked in partnership with Volunteer Services Abroad and the Vanuatu education ministry to establish the kindergarten in the town of Manua on Efate.

Victoria senior lecturer Pala Molisa, who is from Vanuatu, said the funds were raised in response to Cyclone Pam which struck in March of 2015.

Dr Molisa said a lot of thought and planning has gone into utilising these funds and building a central facility for early education in the province was deemed to be the best value for money option.

"Not just the kids will have a place to get educated, the young women will also have an opportunity to re-enter formal education themselves," she said.

The initiative was spearheaded by Victoria Assistant Vice-Chancellor (Pasifika) Hon. Luamanuvao Winnie Laban who said she hoped this new kindergarten and teaching centre would bring together the children, their families and teachers as they continue rebuilding their livelihoods.

Ms Laban said the initiative has been a wonderful opportunity for students and staff at the University to really show support for Pacific neighbours in a time of crisis.

The kindergarten is scheduled to open in February in time for the 2017 school year.