Niue wants to be a member of the United Nations.

The Premier, Toke Talagi, told Niueans at an event marking Constitution Day, that it was time for the country to have a vote at the world body.

Niue is in free association with New Zealand; its citizens are also New Zealand citizens and New Zealand generally handles foreign affairs issues, including representing the island at the UN. 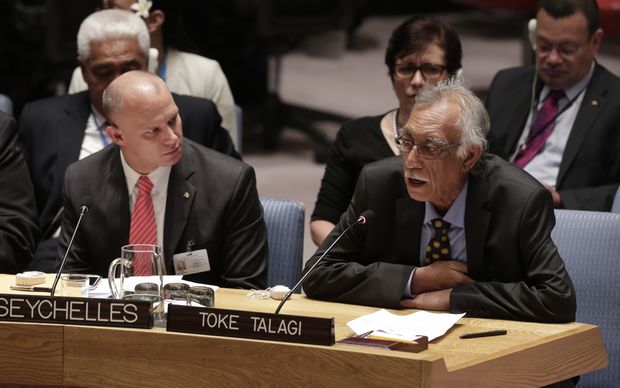 But Mr Talagi said after 42 years of this status Niue wanted to be part of the international community.

"When we were in the process of becoming self governing the United Nations were here, and they were instrumental in getting us to have the status that we have at the present moment," said Mr Talagi.

"My belief is that, if that's the case, then they really should also take responsibility to allow us to become a member of the United Nations.