New research has pinpointed the date construction started on an ancient abandoned city in the Federated States of Micronesia and could eventually help shed light on other societies in the region. 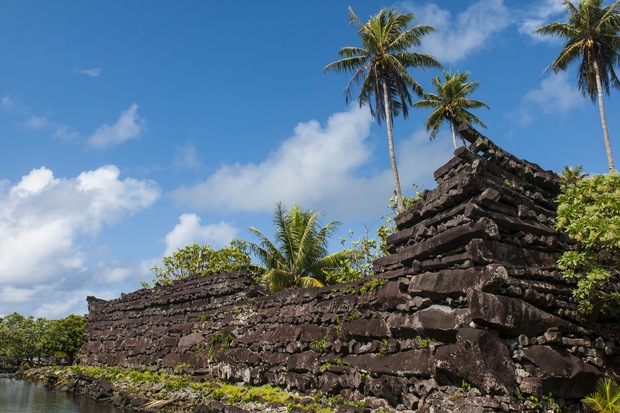 The 98 man-made islets of Nan Madol on Pohnpei housed the tombs and ceremonial centre of the island's Saudeleur rulers hundreds of years ago.

The 83 hectare site, which received UNESCO World Heritage status in July, is made up of impressive stone monuments linked by a network of canals in a lagoon on the south-east side of Pohnpei.

One of the researchers involved in the study, archaeologist Mark McCoy, said advances in technology enabled the team to date the architectural stone and coral from the tomb of the first chief of the entire island.

"What I was able to do with this particular research was to be able to say quite precisely that the major monumental burial at the site of Nan Madol dates to around 1180 to 1200 AD which makes it the earliest construction of its type by at least a century for the Pacific islands."

Using x-ray fluorescence technology, the team tested the chemistry of the massive stones and discovered it came from the opposite side of Pohnpei.

Different technology was used to date the tonnes of crushed coral also used in construction.

Dr McCoy said Nan Madol's exact engineering was still a mystery but he said the stones were probably dragged around the island from their source.

The marshalling of labour needed for such a huge job indicated an impressive display of power by the chiefs.

"When Nan Madol was built, not only was it built to impress you, it was like nothing anyone had ever seen on any Pacific island and that says to me that whatever turned over, whatever changed in society, changed there in isolation."

He said being able to more precisely date Nan Madol was an important finding.

"It lets us zero in on a time and a place where people made this big shift in their society."

Dr McCoy said more research was needed to find out the cause of the Saudeleur dynasty's rise to power, which the researchers described as "a major turning point in the development of hierarchical societies in Pohnpei and more widely in the region."