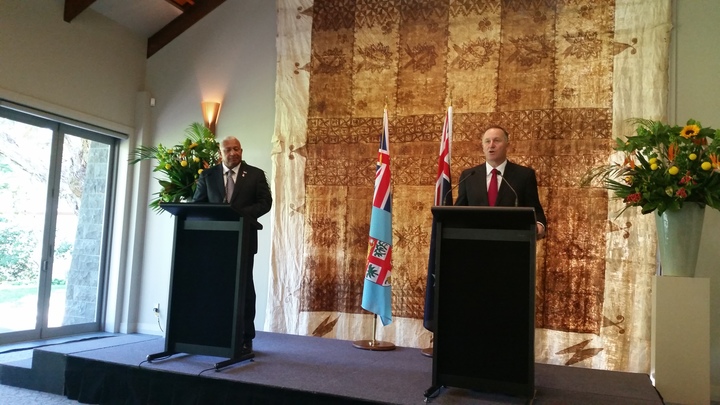 Since the 2006 coup and Fiji's suspension from the Pacific Islands Forum, Fiji has established new relationships with countries like China and Russia as part of its 'Look North Policy.'

Mr Bainimarama has criticised New Zealand for not understanding his vision for Fiji, but Mr Key said it is reasonable that Fiji, which has an active military involved in world peacekeeping missions, has such dealings.

"They've got quite large numbers of people," he said.

"I asked him how many people they've got in Iraq and I think it's actually more people than we've got. They've got a couple of hundred people in peacekeeping roles so it's kind of not unreasonable that they have discussions with other countries."