Fire-fighters have been coerced into joining an 'in-house' union by the National Fire Authority, the Fiji Public Service Association (FPSA) says.

In a matter which has gone to the Employment Relation Tribunal, the FPSA said the Fire Service Union breached national rules that disallowed unions created by employers. 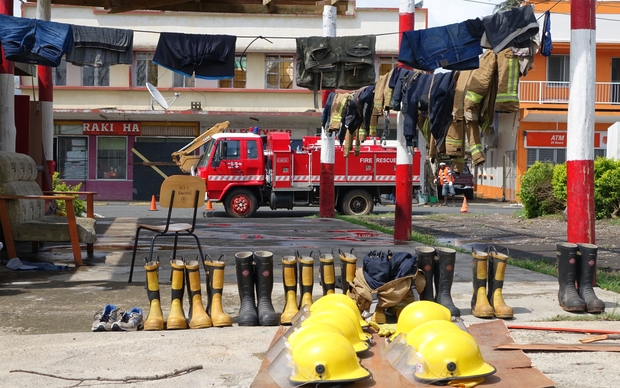 Gear is laid out to dry at the Rakiraki fire station in Fiji. The Fiji Public Service Association says the National Fire Authority has been visiting stations to recruit for its union. Photo: Alex Perrottet/RNZ

Relations between the FPSA and the authority came to a head this year over the government entity's failure to restore 'check-off' provisions (deductions for union fees).

Only after the Minister for Local Government, Housing, Environment, Infrastructure & Transport intervened did the NFA reinstate the check-off like other government entities.

However, following this, the NFA pushed ahead with establishing its Fire Service Union.

The FSPA's secretary Rajeshwar Singh said since then, the chief fire officer has made several trips around Fiji's fire stations to recruit for the Union.

"Influencing our members that they should resign from the FPSA and join the in-house union," he said.

The Tribunal is expected to make a ruling by the end of next week on the FPSA's right to appeal the registration of an in-house union which Mr Singh said was not legitimate.

"Because the chief fire officer and the executive chairman had been instrumental in forming that union and we had made this representation to the Registrar of Trade Unions before it was registered. But the Registrar did not carry out an investigation to find out whether the union was independent of the employer or not."

Mr Singh said that as the FPSA sought the intervention of the Tribunal it has found the Registrar of Trade Unions has been hampering the process.

An order was made that the Registrar make available the names of the office bearers of the FSU and that the FPSA has the right to appeal the registration of the FSU. 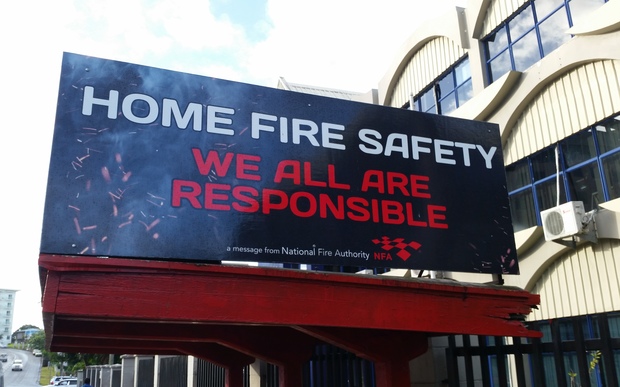 The National Fire Authority has been accused of coercing fire-fighters into joining an in-house union. Photo: Alex Perrottet/RNZ

However the Solicitor General's office, on behalf of the Registrar of Trade Unions, filed an application to stay this ruling.

Mr Singh said there is a call by the Tribunal for oral arguments on the matter next week, with a ruling expected by the 4th of November.

He felt that increasingly, Fiji authorities do not take unions seriously, and that government entities were making it difficult for the FPSA to represent its members interests.

Since 2009, Fiji unions have lost the ability to bargain wages and conditions, collect union fees, and the ability to call a meeting without a permit.

"Whatever we write, we hardly get a reply, and if we get a reply it's something that they'll give an answer that no, we're doing our own thing, or things like that," explained Mr Singh.

"The only cases that we are able to do is if someone is terminated, within 21 days they can come to us and then we take it to the mediation service and tribunal."

The arbitration court is currently looking at a long list of employment disputes around dismissals dating back around eight years.

Mr Singh said the vast majority of these cases have been submitted by the PSA.

Comment has been sought from the National Fire Authority.