The Pacific could be gripped by civil unrest unless more is done to occupy the region's growing youth population, academics warn.

Fifty percent of Pacific island people are now under the age of 25, a phenomenon called the "youth bulge." 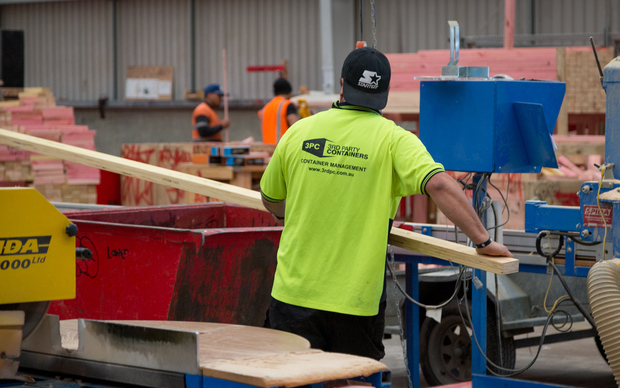 Aidan Craney, PhD candidate at La Trobe University, Melbourne, said the youth bulge was an untapped resource for the Pacific which, if disregarded, could cause social instability.

"If you have educated, engaged youth, who feel like their potential can be reached then they really can move their communities and their countries forward," he said.

"But if they're disengaged and they're disenfranchised then you do run the risk of them becoming apathetic towards the grander ideals of society. That's when you are most at risk of seeing civil conflict, civil unrest and general anti-social behaviour."

Mr Craney said employment opportunities exist in Pacific economies but skill gaps are not being filled by local students as they are not encouraged to become trades people.

He said skilled trades are "not held in the same esteem within the community."

"Youth unemployment is a huge problem throughout many parts of the Pacific and yet we have a lot of young people attending university and coming through with qualifications in the service sector as accountants, as lawyers," he said.

"There's a tension between the needs of the employment sector versus the output of the education sector."

The non-government organisation, Pacific Youth Council, said parents and communities have a roll to play in breaking down the stigma of learning a trade.

Its co-ordinator, Tarusila Bradburgh, said the mindset needs to change.

"We still have in our families and in our communities, telling our children - work hard in school so you can become a lawyer, a doctor, a nurse, work in the office," she said.

"Very rarely do we say to our children 'be a carpenter, a plumber'."

As the Pacific's construction industry continues to grow, Ms Bradbugh said people need to made aware of the high salaries skilled trades people can command.

"This kind of information needs to go out to our communities, to our parents so that it's not just biased to white collar jobs and having an office and not getting your hands dirty."

In Solomon Islands, where the youth unemployment could be as high as 75 percent, work schemes for young people are being studied by Australian National University PhD candidate Daniel Evans.

Mr Evans said the long term employment benefits of Honiara's Youth at Work internship programme and its Rapid Employment infrastructure project are not yet clear.

"The risk at the moment is the youth population is growing so rapidly, it's becoming increasingly urban," he said.

"If these youth aren't occupied, if they feel as though they are marginal to the political process, they don't have a voice, then you really do have the ingredients for instability in the future particularly in Honiara."